What is planet Earth like? Imagine for a moment what it would be like to come here from another galaxy for the first time. All the movies about extraterrestrial landings here are about Martian invasions of New York City or rendez-vous in the desert. Sure, we have mountains and valleys, vast plains and deserts, huge rainforests and swamps, continents and islands. But most of planet Earth looks like the view out my galley window for the last two days. Liquid water for hundreds of miles in all directions. 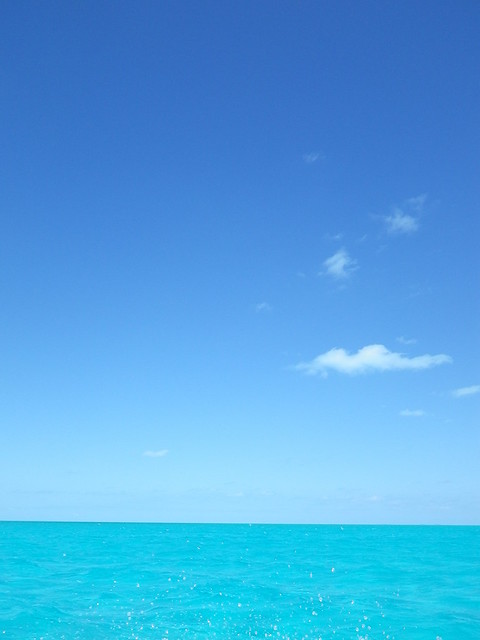 I’ve begun to think it likely that if anyone ever did come here to investigate, they would arrive somewhere in the middle of an ocean and get the impression that the planet is a vast wet wasteland. Or, better, they would make the acquaintance of dolphins or whales and never even see a human city.

There are folks who never leave their hometowns, people who have never seen a beach, much less open ocean. There are scientists who know more about outer space than about what’s below the surface of 75% of their home planet. As for this sailor, I don’t think you can say that you’ve seen what the Earth is like unless you’ve been out here in the middle of liquid nowhere. It’s an immense, eerie, beautiful, mercurial world, and a very humbling experience to explore it.