People have always left their mark on the world. It seems to be part of our nature, to try to leave something behind that lasts longer than our own lifetimes. It’s why we write, paint, invent, and raise children. We have cave paintings and tools from the earliest civilizations, pyramids, burial mounds, marble columns, statues, and pottery. And trash. Lots of trash. The reality of life among “civilized” humans is that our hunt for food, comfort, shelter, and recreation leaves a trail of debris thousands of years long. I was struck by this recently in two juxtaposed images on the same hike: ruins on Hawksbill Cay in the Exuma Land and Sea Park that date from the 1700s and piles of wind-and-wave-strewn plastic garbage on the ocean side of that same island. The difference, of course, is that in one case, all that is left of the hilltop village is a few rock-and-mortar walls, a pile of conch shells, some cloudy glass bottles, and rusty implements, all returning slowly to the land; while on the beach, one finds hard hats, shoes, baskets, water bottles, oil jugs, fishing nets—the plastic detritus of a civilization that has figured out how to make things last! 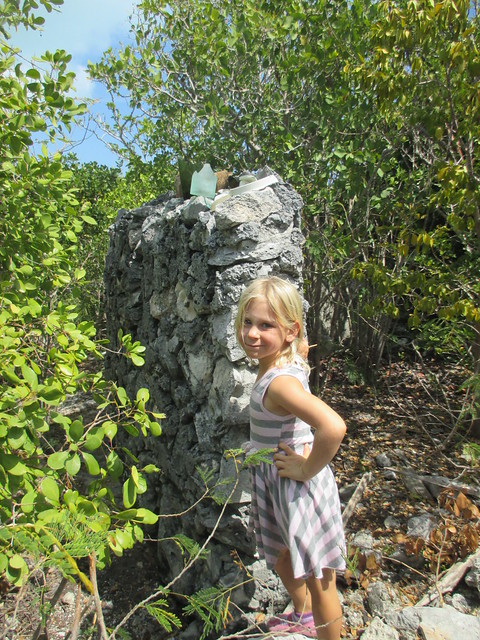 To view a pristine environment and then to see it destroyed over time by litter gives one pause. Now, I am not guiltless in the manufacture of garbage, but neither am I thoughtless about waste. I am proud to say that I was using cloth bags at the grocery store before it was cool to do so, that we had stainless steel water bottles while everyone else we knew was using plastic. My babies wore cloth diapers and played with wooden toys. I refuse to shop at dollar stores (where everything is destined for the landfill), and I try to buy whole raw foods and foods that use minimal or biodegradable packaging. I use glass jars and containers for food storage and leftovers. But still—as we travel, sorting our garbage into biodegradables to be chopped and thrown overboard, paper items to be burned if an opportunity presents itself, glass to be recycled or broken over deep water, and plastics to be disposed of when we get ashore, I notice that we are still making plastic waste. Meat comes wrapped in plastic, as do chips, crackers, and some vegetables, condiments come in plastic bottles, and the list goes on. The more I make from scratch, the less garbage there seems to be. But some compromise is hard to avoid. It makes me complicit.’ 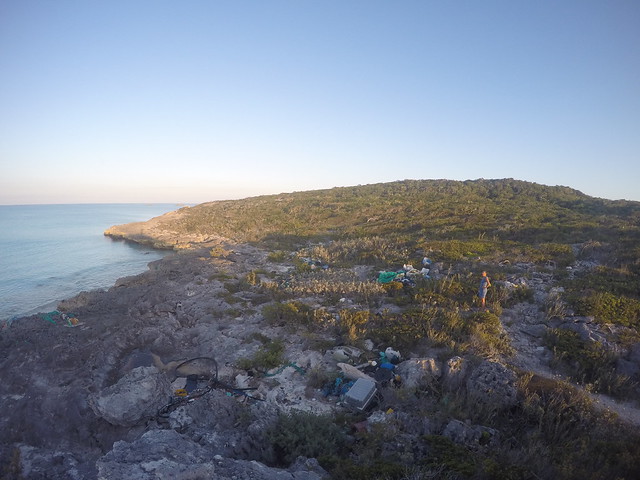 The first time I saw a garbage-strewn ocean beach, I felt such profound disappointment. I had been picking up small pieces of trash as we walked the trail (as I habitually do when going for a walk), but when I came over the dune and saw what looked like the town dump—on an island with no town—I nearly cried. Who could clean all this up? Certainly not me. A few months later, back in Florida, where there are trash and recycle bins every few meters, I was going for a walk with Sarah, who was 5 at the time. I walked by a Coke can on the sidewalk. Apathy had set in. Like Holden Caulfield, I had grown disillusioned with the attempt to erase all the foul things in the world.

A few steps later, Sarah said, “Mommy, you didn’t pick up that trash!”
“What’s the point?” I responded. “I can’t pick up all the trash in the world.”
“Yeah,” she replied, “But you could pick up that piece of trash.”
I receive such profound instruction often from my children. Needless to say, we picked up the can.

And this is why I take pictures of trash, bag it, burn it, recycle it, and write about it. Because there is something we can do about it. Until we view ourselves as responsible for it, we can walk by and say, “that’s such a shame.” But we made the mess, and we can clean it up. Of course, I personally didn’t throw a laundry basket or a pair of flip-flops into the ocean, but I have bought a plastic basket, and shoes with plastic parts. If you have not seen “The Story of Stuff,” go on YouTube and watch it. It might just change your buying habits. Plastics, the chief offenders, last nearly forever, end up in our oceans, and eventually break down into microplastics, which enter the food chain as endocrine disruptors, cancer-causers, and reproductive havoc-wreakers. We must use less of it, and try to remove larger pieces before they break down. 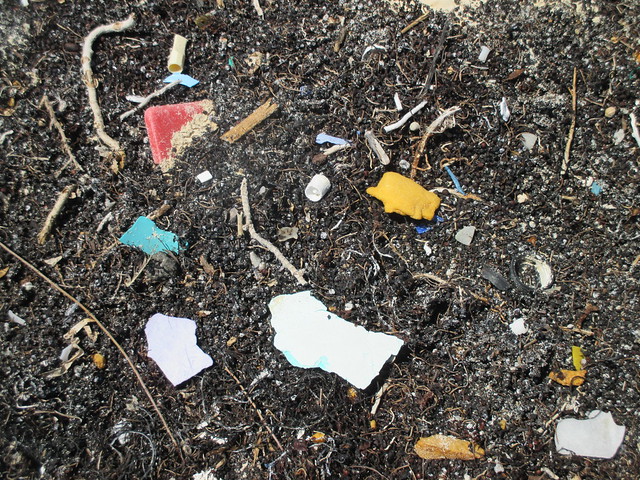 Aside from buying less stuff, one of the things we can do is leave things better than we find them. The old adage, “Take only pictures. Leave only footprints,” is outmoded and underwhelming. I say instead, “Take responsibility! Leave less of a mess than you found!” If you are part of the human race, you are responsible. Take as much trash as you can carry—when you go to a park or a beach, on a walk or a paddle or a hike or a camping trip. And though the complicated question remains where exactly to put it once you pick it up, you can help keep it out of the ocean and out of the few wild and beautiful places we have left. 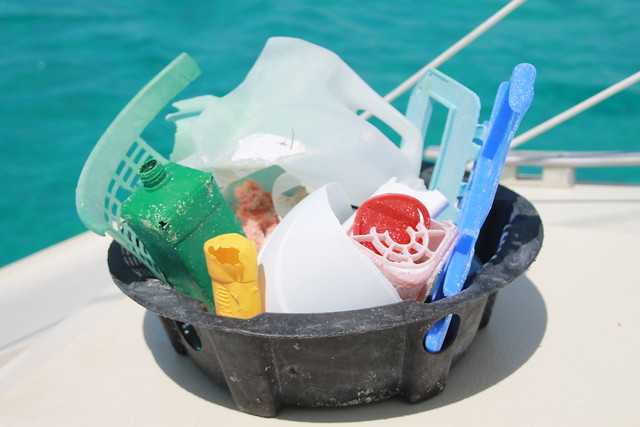