When we bought Take Two, she was a lean, mean sailing machine. We tacked back and forth toward the mouth of the Manatee River and sailed across Tampa Bay on weekends and learned how to make her go fast. We used our spinnaker on calm days for a downwind run. We outran afternoon thunderstorms. 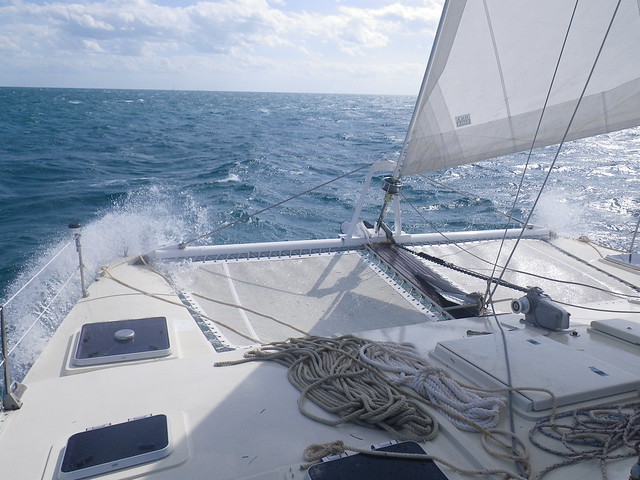 And then we moved aboard.

We brought tools, spare parts, books, cast iron skillets, 5-gallon buckets of grain, scuba tanks—and, how could I forget? —five kids and all their clothes, toys, sporting equipment, and sundry items. “And sundry items” raised our water line 6 inches over time, and now our sleek sailboat is a fat cat. It takes a lot of wind to get her going. On passages, we don’t even bother to raise the main unless it’s blowing a steady 15 knots. Sure, we might be motor sailing with the jib out, but when the wind drops to 10 knots? Fuhgeddaboudit.

That all changed when we commissioned a Code Zero from Calvert Sails before we left for the Caribbean. We had added a crane to the top of the mast and a bowsprit to accommodate the new sail when we refurbished the rig in Fort Pierce (Spring 2015). 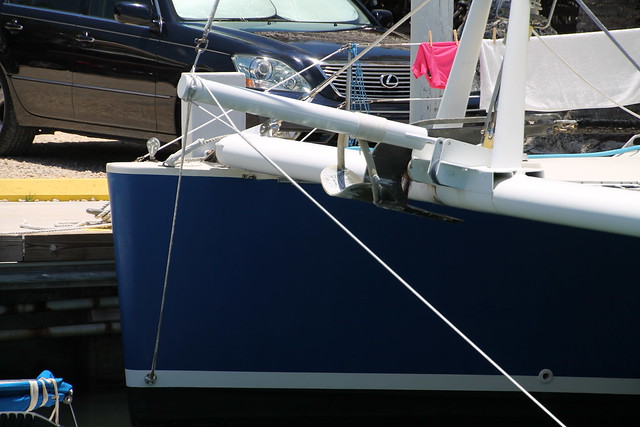 We hoisted it for the first time on New Year’s Day 2016, and as it rolled out in all its glorious enormity, I heard angel choirs. We were hoping it would turn Take Two back into a sailboat, and we have not been disappointed. It is a reaching sail that fills the gap between our foresail (a genoa) and our spinnaker. We intended to use it for light upwind sailing and heavier downwind reaches. 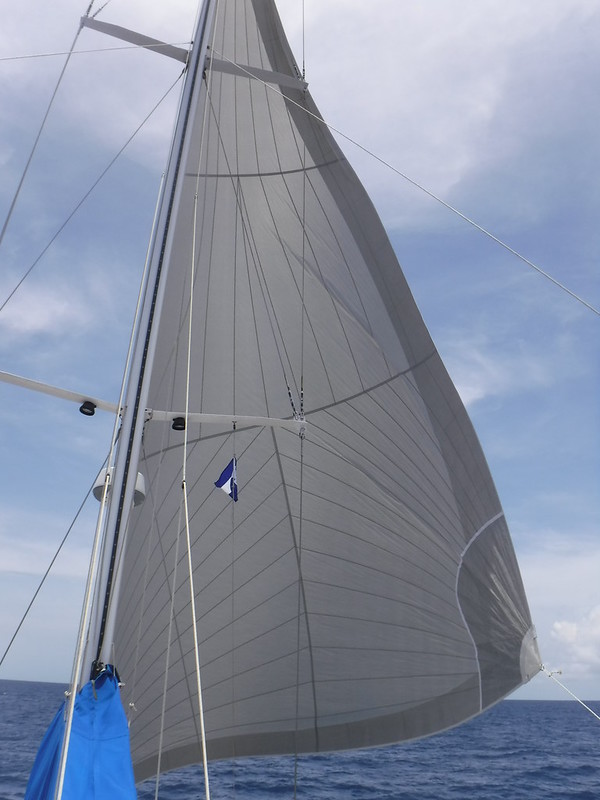 We sailed across the Bahama banks in March in 15-20 knots of wind and fairly flew along the leeward coast of New Providence, seeing 10-11 knots of boat speed. When the wind started to pick up, we swapped it for the genny, not wanting to be overpowered. Good thing, too, because we saw nearly 40 knots on the banks that afternoon as we approached the anchorage at Highbourne Cay.

After that day, we wrestled it down into a locker (to protect it from the sun) and didn’t see it again for a long, long time as we bashed eastward toward the Caribbean’s Leeward Islands. Once we reached the Windwards, we discovered that the trade winds were too strong or too southerly to fly the Zero, so it stayed coiled away for another day while we sailed with reefed main and jib.

That all changed as we began the next leg of our Caribbean circle. Heading north from Grenada, we sailed fast beam reaches to St. Vincent and the Grenadines and St. Lucia, rolling out the Zero when the wind grew light, sometimes ghosting along at half-windspeed in 10 knots of breeze. Heading west from St. Lucia, it’s all downwind, so we expected to use the Zero a lot.

On our way to Bonaire in November 2016, we learned something important about that sail. We had raised, and then subsequently lowered, the mainsail after sloppy seas caused it to bang around too much. We hoisted the Zero without the main and seemed to have a lot of success. Until we hit some squally weather one night during my watch, when I decided to wake Jay to help me furl it. Without the main to blanket the huge sail, all the pressure of 25-30 knots of wind made it nearly impossible to furl. I was easing the sail as Jay furled the continuous line, but as the top and bottom of the sail rolled tightly, the middle caught the wind and bagged and ballooned. Jay was pulling as fast and hard as he could, but if he paused for even a moment, all ground was lost. Of course, it was night-time, he had been awakened from a dead sleep, and had never considered how hard the job would be, so he wasn’t even wearing gloves. We eventually got it sloppily rolled, and then dropped it onto the trampolines. As his hands blistered and bled, we learned a hard lesson—the Code Zero never goes up without the main (and, sailing gloves are not just for race crew).

We used the sail again heading west from San Blas during a period of light wind in January 2018, and, most recently, to sail from Guanaja to Roatan, Bay Islands of Honduras. The wind was directly behind us at about 10 knots. We considered using the spinnaker, but it shares a halyard with the Zero, which was still rigged since our sail from Grand Cayman. Though we swore never to fly the Zero without the main up, it seemed like the perfect light wind day to try it. And it was lovely—quietly swishing through indigo seas instead of listening to the drone of a motor or worrying about the spinnaker folding in on itself as it sometimes does in ocean swells. I went with the kids and lay on the trampolines in the shade and echo of that great sail and enjoyed a gorgeous day on the water. Though we’re still straightening out the proverbial (and sometimes literal) wrinkles, we have grown to love the Code Zero. 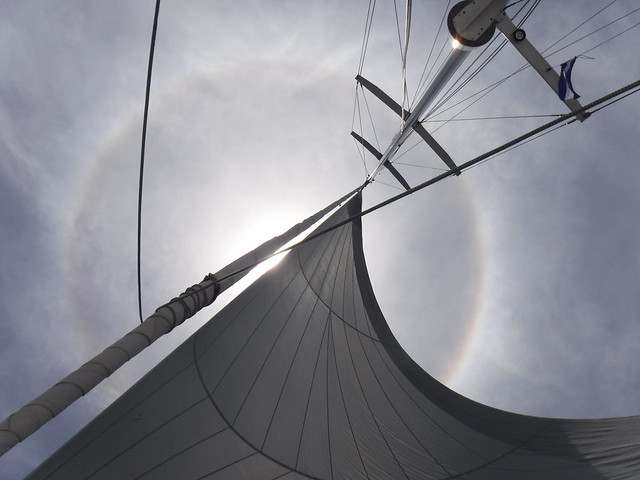