As you may (or may not) have gathered, we are no longer in Guatemala. We flew to the United States more than a month ago and have slowly been making our rounds among people we have missed on our long voyage. After hanging out with friends and family in Marathon, Naples, and Clearwater, we headed north. We worked our way up the east coast towards Maine, staying with various friends and relations along the way.

We were staying in Mattapoisett, Massachusetts, at the home of some old cruising pals from s/v Ally Cat. We were at their house for about a week, and Massachusetts is a pretty interesting state from a tourist/field-tripper point of view. Mattapoisett is only a few minutes away from New Bedford, the old whaling town where Herman Melville wrote his famous novel, Moby Dick. Mattapoisett is also only a few minutes away from Cape Cod, home of our family favorite: Cape Cod Potato Chips.

A little research revealed that the factory tour was completely free, and that small bags of potato chips (also completely free) were available at the end. This, apparently, was enough to win the support of the crew, and we set out.

Driving through New England in September was, for obvious reasons, a totally different experience than driving through the summer jungles of Central America. It was sunny and a bit chilly, a novel combination for us, and we drove the Suburban with the sun-roof open. Some of the trees were beginning to change color. We drove over the Cape Cod Canal, which connects Cape Cod Bay with Buzzard’s Bay.

We eventually reached the factory. It wasn’t as large as I was expecting, only employing about 80 people. We signed in at the visitor’s desk, and put a little pin in Guatemala on the world map hanging on the wall. Then we were free to take the tour. 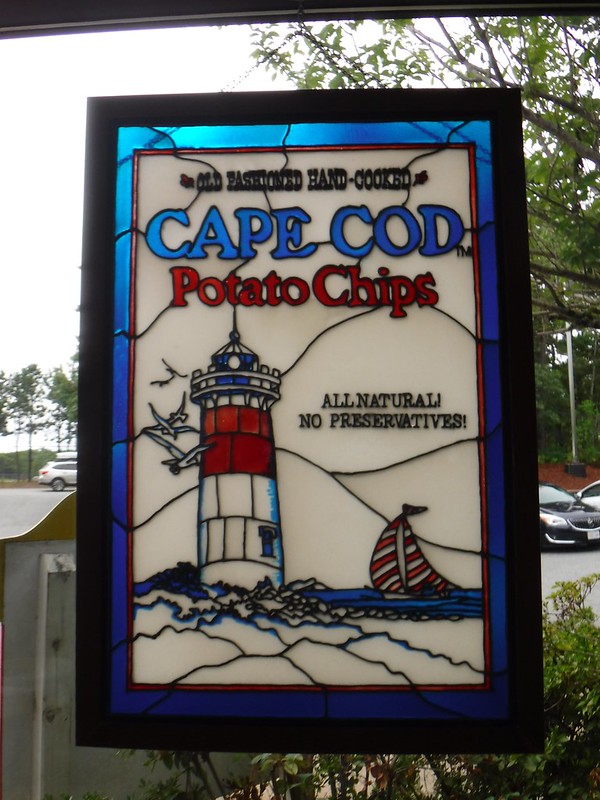 The tour consisted of a long hallway with a number of large windows along one wall looking into the factory, affording spectacular vistas of large oily machinery, much of it inactive, and the occasional plume of steam in the background. Several plaques were spaced along the walls, offering insights into the various processes of chip-making.

There are only three ingredients in your original Cape Cod chip: salt, oil, and potatoes. Because potatoes are mostly water, it takes four pounds of potatoes to make one pound of crispy goodness. First, the potatoes are divested of their skins with a brush peeler, and inspected by hand. Then they are tossed into a slicing machine with a bunch of rapidly-spinning blades that slice the potatoes into thin rounds. They are then dumped into he fry-vats. Once thoroughly cooked, the chips are put into a centrifuge and spun at high temperatures to remove fat. The higher the temperature, the more fat is spun out. Then the chips are piped to the bagging machine, and sealed in their iconic bags. The bags are then pressure-tested. It was during this phase that we saw one of the bags violently explode, sprinkling its contents across the floor. Judging by the amount of chips already on the floor, this was not an entirely uncommon occurrence.

The hallway soon terminated at the shop, where we were given our complimentary bags of chips, each stamped with the time they were made that very morning. And of course, we bought a few extra party-size bags, including a brand-new flavor: Fresh Jalapeno-Infused. So all in all, it wasn’t a bad experience, though I personally was a little underwhelmed. But the day wasn’t over yet. 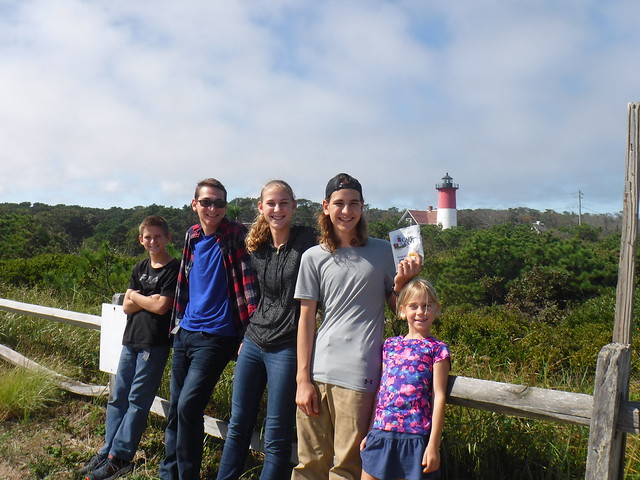 We drove to the National Seashore, home of the Nauset Light, which just happens to be the lighthouse featured on the Cape Cod bags. We parked in a crowded and sunny parking lot perched above the dunes, with the famous lighthouse looming nearby. We took the obligatory tourist pictures with the lighthouse in the background, and then went to look at the ocean. The waves were large Atlantic rollers breaking just off the beach, perfect for body surfing, we thought. Except that the water looked icy-cold, and the wind was none-too-warm either. This didn’t stop many people; we observed a number of children playing in the sand or water, and some half-naked adults, who didn’t seem to know better, were sitting in beach chairs like it was a warm day in the tropics. 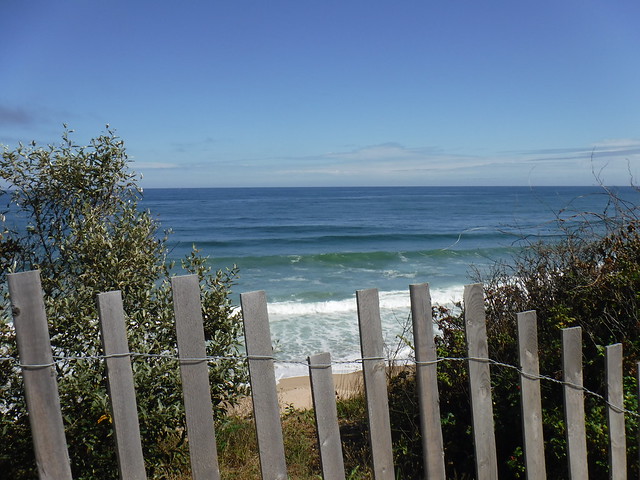 We did, however, see one thing that we would never have seen in the tropics: seals. Actual, honest-to-goodness seals. Two of them were swimming in the surf just off the beach. It was very interesting. Seals are also particularly interesting to Great White Sharks, which typically follow the seals south in the fall and winter.

For lunch, we went to a seafood restaurant aptly named “The Lobster Shanty”. We ate seafood typical of the area: fried clams, lobster rolls, fish n’ chips, and fish sandwiches. A rowboat filled with water was used for the storage of live Maine lobster. They looked smooth and drab compared to the Spiny Lobster we had been hunting just a few short weeks before. 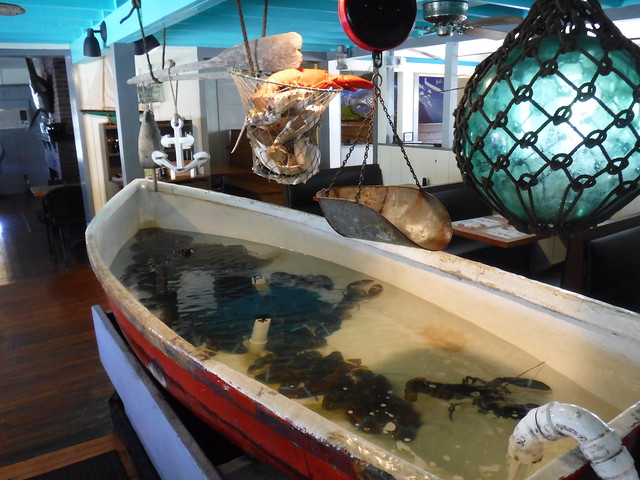 It was a good field trip. It was a nice drive, and a very pretty day, with good food involved. And now every time I eat Cape Cod Potato Chips, I’ll have a killer boast.