The kids and I have just completed the first of our haul-out road trips this year. It’s starting to feel like an annual tradition: the homeless wanderers enjoying the hospitality and generosity of friends and family.

First stop: Atlanta, Georgia, where Jay’s brother, Jeff, and his wife, Robin, live with their two boys, William and Cash, and their dog, Gidget. William, who is just a little older than Sam, had treatments for cancer when he was four, but to see him now, running around on the soccer field, happy and healthy, is simply amazing, an answer to all of our prayers. He and Sam enjoyed being roomies by night and fellow soldiers by day. A pine-cone war of epic proportions was waged in the back yard, and light-saber sword fights and nerf-gun battles raged indoors. We climbed Stone Mountain with all the kids one afternoon, and later, the big boys skate-boarded down the steep driveway, inspiring the cousins, no doubt, to acts of bravery and foolishness for years to come. As the grand finale, Uncle Jeff turned an ordinary watermelon into a cool smoothie with nothing more than a drill and bent coat hanger. 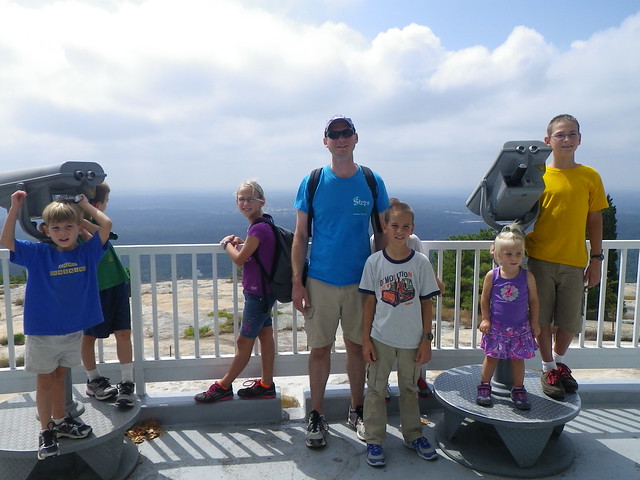 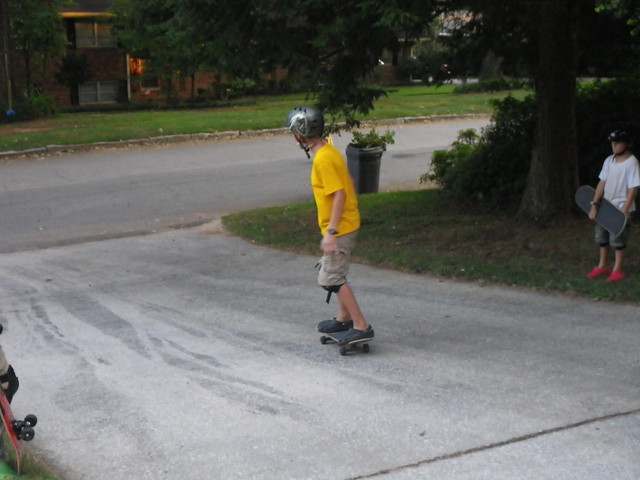 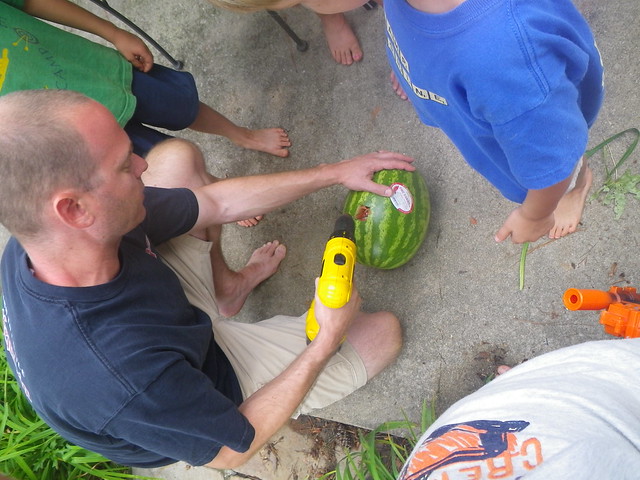 We then drove up to north Georgia to spend a few days with my Aunt Barbara and Uncle Ivan and drove to Chickamauga see my cousin Heidi and her two boys, also home-schooled. They live on a small farm, and Sarah got to ride Beauty, Heidi’s horse, something she loves to do any chance she gets. We also spent a day driving in the mountains, hiking in Fort Mountain State Park and picking apples in an orchard in Ellijay. We had cinnamon apples on homemade waffles the next morning (yum!) and apple crisp for dessert one night. 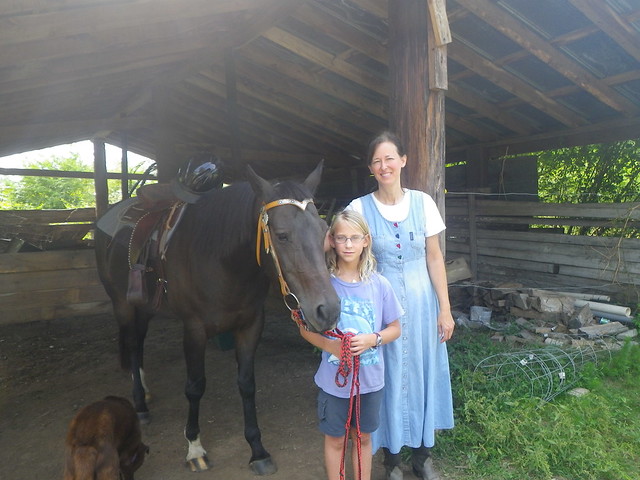 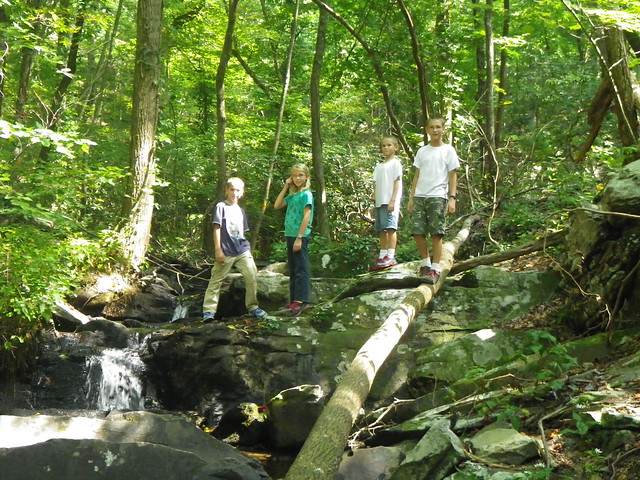 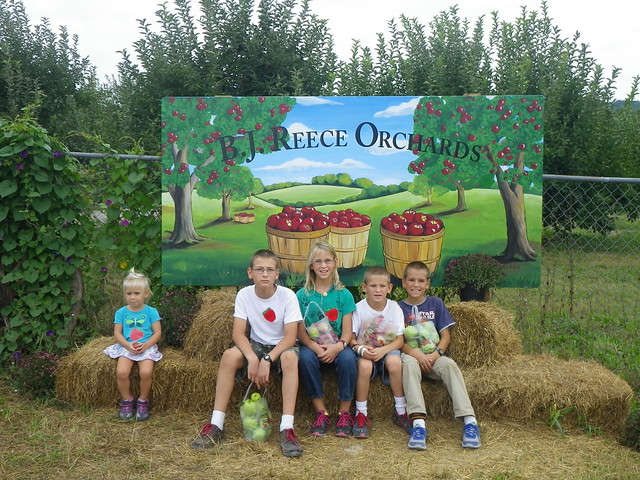 We enjoyed the end of the week at our good friends Steve and Ellen’s house in Mableton, to the west of Atlanta. Jay and I have known them since we were first married, and always enjoy their company. Our kids love their four boys and all the kids disappeared into their cavernous basement for hours to play Legos, Ping-Pong and air hockey. Ellen and I enjoyed catching up, lamenting that we see each other so seldom, but celebrating a friendship that exists outside of time and despite distance.

Our last stop before heading back to Florida was the Georgia Aquarium, the world’s largest aquarium, and home to whale sharks and beluga whales. The kids had a great time, as they have a real appreciation for sea creatures. I always feel a little sad in zoos and aquariums—I love to see rare animals, especially ones I am unlikely to see in their natural habitats, but hate to see them enclosed, or worse, put on display in shows to entertain humans. I know they have a place in conservation and education—people will not fight to save that which they do not love, but my freedom-loving self feels sympathy for any animal in a cage, no matter how large and comfortable.

Jay, having flown up for the day to surprise Aaron for his early-birthday outing, helped me drive back to Ft. Pierce, cutting at least two hours off of what was, on the way up, a twelve-hour day. As much as I love road trips with the kids, 8-10 hours in a car with multiple stops at restaurants and gas stations and public bathrooms, stretches my patience and endurance. I won’t be ranging that far from home again on my own for a long while.