On December 5th, our new friend Cliff took us to explore some caves on Bonaire to celebrate Sky’s 11th birthday (s/v Abby Singer). For the first cave, we had to climb down a ladder, crawl through a tunnel, and then we could stand up. It was hot, and the oxygen was low because it was so far back in the cave. You could go back even further, but we were not allowed to. When we turned all the lights off it felt like we were blind, then when we climbed out, it seemed so bright! 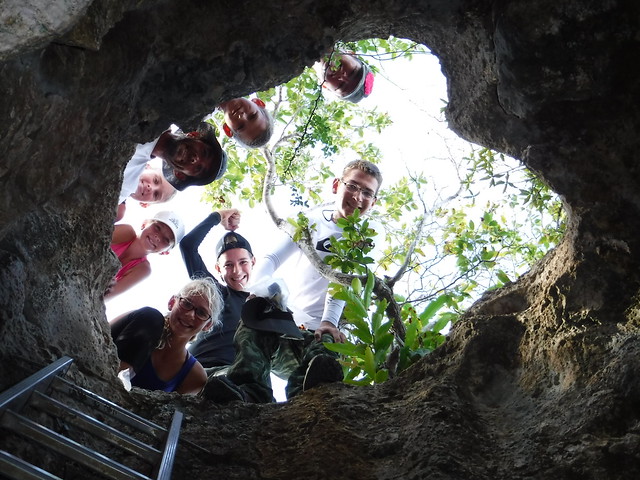 Before we got in the truck, we saw a wild parrot; it was very pretty. The next cave was a tunnel with bats and a very small exit. 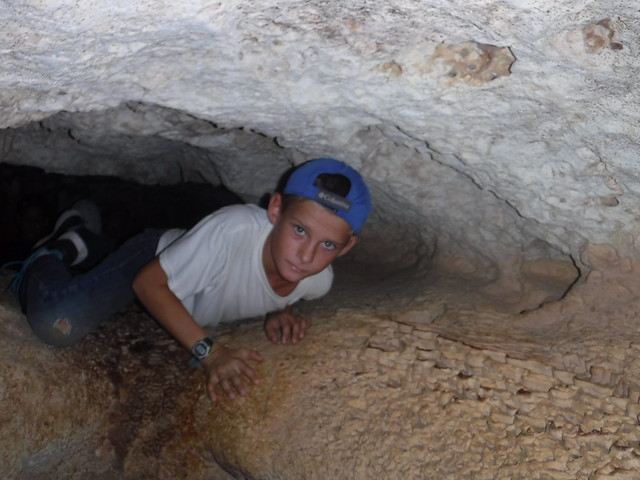 The third cave was the cave with the swimming. We climbed down into the cave, but when we got to the water we could barely see it, it was so still and clear. We snorkeled into the first chamber using dive flashlights to see, but to get to the other chamber in the cave, we had to swim about 4 ft. down and 12 ft. forward. When we got to the other side, there were more rocks and stalactites, and there was an underwater pit that we could swim down into. 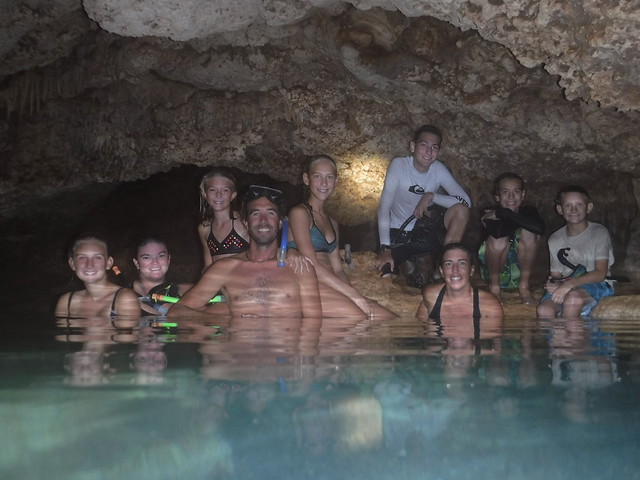 After the caves, we went to the windsurfing beach at Lac Bay. We got burgers at the beach bar, then rented windsurf boards. 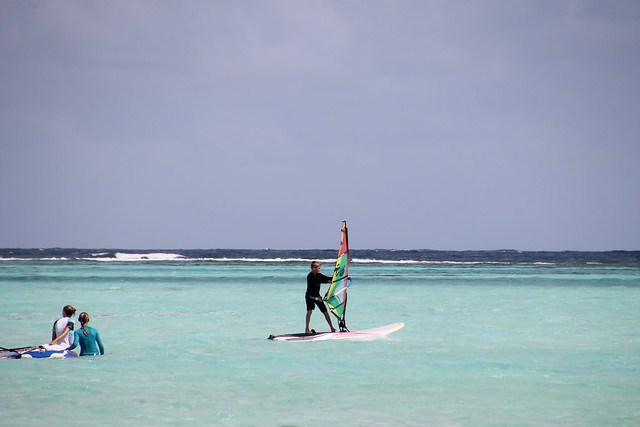 The day ended with panini and gelato at Luciano’s. It was a lot of fun and I had a great day. 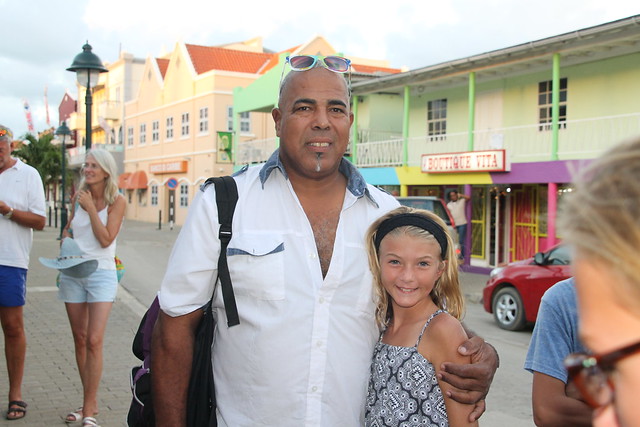