Things are quiet in Panamá right now, a time of the year when it rains quite a bit and ex-pats tend to head north to visit friends and family during the North American summer. We decided to stay here, despite our fears of getting cabin fever during “rainy season.” As it turns out, the islands in the Bocas archipelago have weather patterns that are less predictable than on the mainland. Somewhere on mainland Panama, it rains every day during this season, but here where we are, you might have two or three rainy days in a row, then a sunny one. Or a rainy night and an overcast day. One month might be rainier than another, but there really are no “seasons” at all—one big happy summer day after another. Gray days, while they may seem drearier than sunny ones, provide a respite from the intense heat of the sun, so I don’t mind them so much. 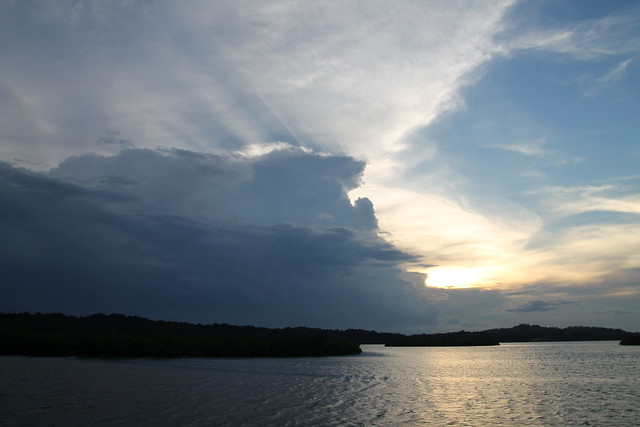 For the remaining residents at the marina, we had a 4th of July potluck (several Brits were participants, but we decided against a re-enactment), but even there, with friends wearing stars and stripes, I felt no pang of nostalgia or longing to “go home.” It seems that all I miss of my mother country are the people I love there, and the ease with which one can get what one wants.

I have only been back to the United States (a.k.a. the Land of Plenty) one time in the last 15 months. I took a trip in June to see a couple of my best friends and go to my 20th college reunion in Middlebury, Vermont. It was a 6-day-girlfriend-extravaganza, starting with a midnight road trip from Boston to Portland, Maine (thank you, Kimberly!) and continuing with shopping, chatting, a second road trip to and from Vermont (thank you, Heather!), the sharing of bottles of wine, eating, laughing, more shopping, and finishing with late-night packing, and early morning coffee on the way to the airport. It was the perfect get-away. 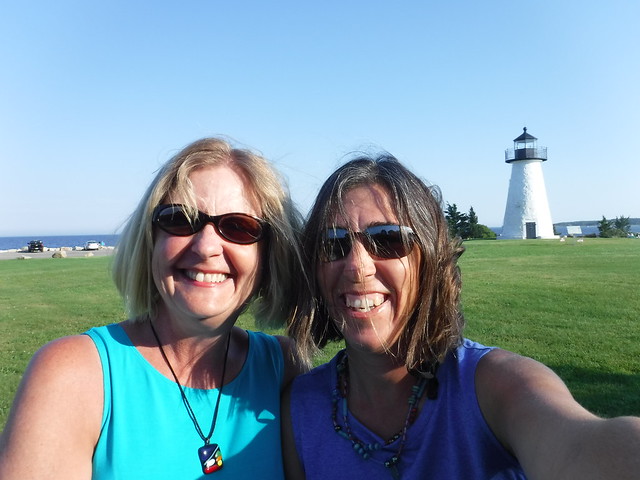 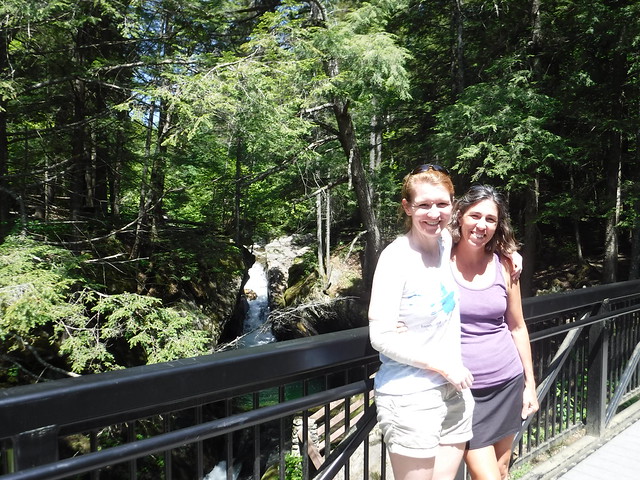 I loved seeing the aerial view of where we live in Panama and the whole Canal system. It’s easy to get tunnel-vision here and forget about the outside world, so getting out of Bocas was like a breath of fresh air. On the other hand, after being away for just a few days, I began to miss my tribe, my tropical-jungle-island home, and hearing Spanish on a daily basis.

I had a bit of reverse culture shock in the U.S. First, the speed at which everything moves is dizzying.  “Island time” is a very real thing, and I’ve been on it for a long time. I felt something similar to the dread I have of driving into Miami from the Florida Keys, only magnified. Everyone seems so harried and stressed out, and not just in the Boston airport, either.

Also, I underestimated the stormy political climate of the United States right now. I get my news when I want it from the internet, and rarely see a television, so I don’t have to be inundated with images and headlines repeated ad nauseum.  When I do see a TV, it’s usually in Spanish and often headlining not some stupid thing the new U.S. President has said or done, but what’s going on in Venezuela.

Finally, I had forgotten how wonderful it is to go into a store, be surrounded by people speaking English, and find almost anything I didn’t even know I needed. I had ordered some things to get shipped to Heather’s, but I did a little shopping as well, and I was overwhelmed by all the shiny stuff! I was paralyzed in the stores and had to be rescued (more than once). I had brought a duffle stuffed with gifts, thinking I could use it to bring back a few things. Ha! I had to borrow a giant duffle from Kimberly (one she had used for the self-same purpose). I lugged it home like Santa Claus, and my little helpers happily unpacked all those goodies from the Land of Plenty!

The contrast of My Life on a Boat and the lives of my Middlebury classmates was startling, and not just to me. I was afraid of the old inferiority-complex, having gone to a prestigious institution whose classmates are among the influential movers-and-shakers in the world. And what did I do with my over-priced New England education? Got married, quit my career just as I was getting good at it, had five kids, and left suburbia for the Simple Life. That doesn’t sound very impressive. But it all depends on how you measure success—more than a few times, I was met by startled admiration from people I would never have guessed think that I’m living the proverbial dream. 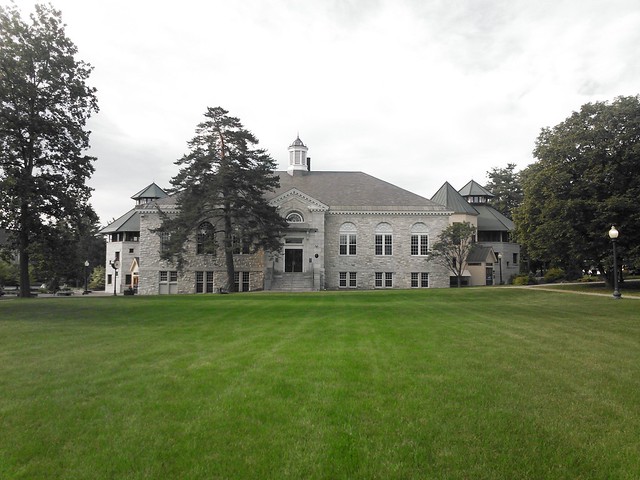 In truth, going back to America cured me of wanting to go back to America. Thrown into relief, I was reminded why my life is beautiful—the life of my own choosing, with a career in education and home management, and all in a location and at a pace where I can really enjoy it. Sure, I miss my family and friends more than I like to admit, and ordering things online and paying for shipping to Central America is pricey, but I wouldn’t trade the experiences we’ve had for the convenience of staying Stateside.