Last week we swam in Rachel’s Bubble Bath, located at the north end of Compass Cay, for the first time. Though we had already been here on a previous trip, it had been too cold to swim. It’s kind of like playing in the surf at the beach, only without the beach. 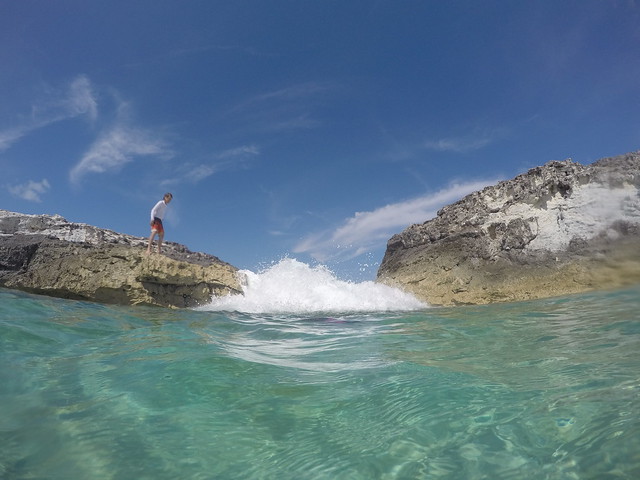 It happens in a place where ocean surge comes through a low place between rocks on the shore and flows into a tidal basin. As the wave crashes over the gap, it forms a large foaming pool, hence its name. 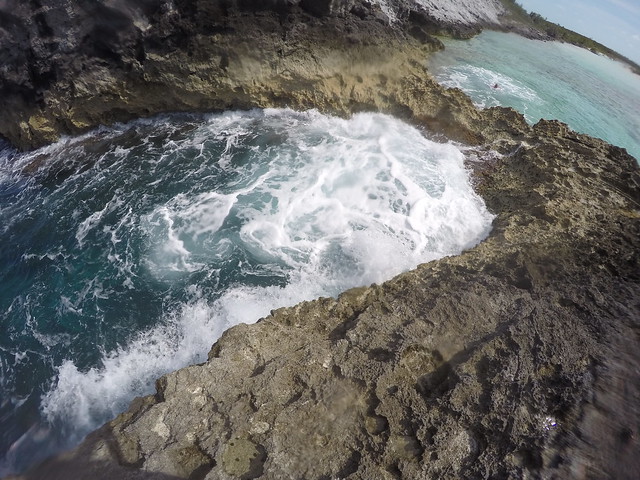 The cool thing is that when you jump in while it’s foaming, you sink, because it’s more air than water. Luckily we brought the GoPro, and I got a video of dad jumping in, as well as one showing how the whole thing works (coming soon to a blog near you). Unfortunately, we went at mid-tide and the Exuma Sound was relatively calm, so there weren’t as many big waves, or as much foam, as we’d hoped. So far it is my favorite thing that we’ve done. 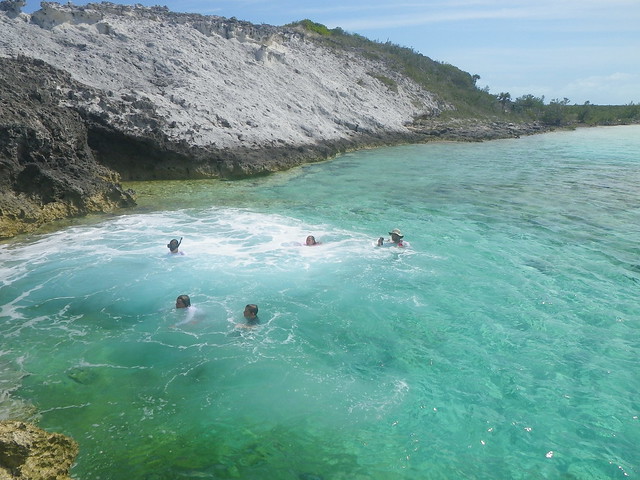