This is the first entry of a new series of posts based on my independent homeschool project for the year. For every new country we visit, I will be writing about geography, history, people, nature, and fun things to do. 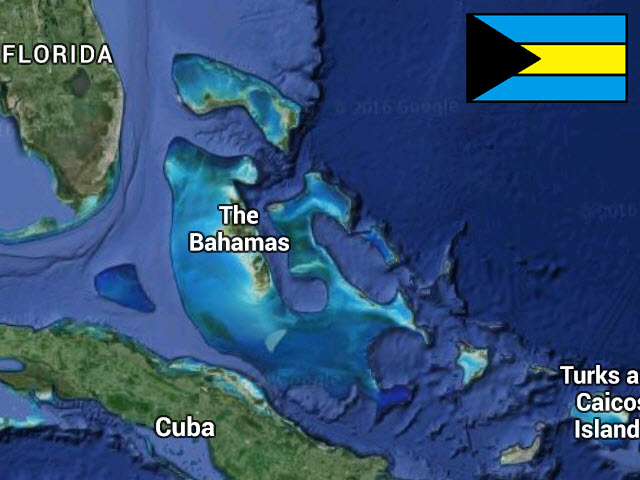 Capital: Nassau
People/Customs: population is 29,000, mostly descendants of Loyalists and their slaves
Language: English
Religion: Christian
Food/Farming: most of the Bahamas are not ideal for agricultural opportunities
Government: Constitutional parliamentary democracy, independent from England since 1973
Currency: Bahamian dollar
Art/Music/Culture: The Junkanoo is a popular Bahamian holiday occurring on Boxing Day (Dec 26) and New Year’s Day. Bahamians are famous for their basket weaving, which can be found at straw markets. Rake n’ Scrapes feature loud music and dancing.
Area: 5,358 sq. mi.

The first inhabitants of the Bahamas were the Siboney people, a peaceful fishing tribe, but not much is known about them. The name Siboney means “cave dweller”, and some evidence has been found in caves throughout the Exumas. The Lucayans were also natives of the Bahamas, though in a later period. The Lucayans were part of a tribe called Arawak, which means “meat eater”. They survived mainly on fish and plants, eating some hutia. When Columbus arrived in 1492, the “Indians” were very hospitable towards him and his men. The Europeans thought the Lucayans were simple and had no religion and would be easily turned toward Christianity. They were wrong, though, as the Lucayans had a very sophisticated creed involving gods, an afterlife, and many spirits they called “zemis.” When the Spanish explorers could not find the gold they were looking for, they began enslaving natives and treating them cruelly. As a result of these antics, the entire civilization was destroyed by 1520.

The English started settling Eleuthera and New Providence and in the 17th and 18th centuries, and Bahamians began to salvage goods from wrecked ships going to and from Europe. The Spanish then started to steal Bahamian ships and take prisoners. In retaliation, the Bahamian governor commissioned privateers to keep the Spanish out of Bahamian waters. Captains of ships found ways to avoid the wreckers and became more skilled in navigating around reefs. Buccaneers were meat farmers who sold meat and other goods to sailors passing by Hispaniola, but the Spanish disposed of them because they needed supply ships to go back to Europe. The Jamaicans were annoyed by the amount of French ships surrounding them and attacked, doing severe damage, and the English came to help the Jamaicans. The English started calling their own people “pirates.” By 1713 there were at least 1,000 active pirates in the Exumas alone.

The 1765 Stamp Act was the beginning of the end of the British colonial era. During the American Revolutionary period, 20% of the American population was loyal to Great Brittan and hostile to the American cause. They were called Tories. Tories were ostracized, lost land and businesses and were sometimes killed. When the treaty of Versailles was signed, the Bahamas went back to England and Florida went to Spain. Lured by rumors of commerce and agriculture, many Loyalists moved to the Bahamas, bringing their slaves. The abolition of slavery ended cheap labor and the plantation lifestyle; slaves became farmers and fishermen, and worked in the salt industry. During the Civil War, steamships became popular transportation options for the wealthy, and the wealthy were numerous, because the blockade running of the 1860’s was a lucrative, if dangerous, source of income for Bahamians.

There was a post-Civil war depression caused by the crash in the economy from the end of the war, but soon steamships were operating regularly between Nassau and Florida. The Development Board was charged with increasing tourism in 1914, but the main industry after WWI was bootlegging during the Pohibition period in the U.S. Tourism thrived again after WWII, because of the advent of air travel. After the Bahamas achieved independence on July 10, 1973, there was an influx of money from a new source. Marijuana and cocaine for the American market was smuggled through the Bahamas. There was a DEA raid on Norman’s Cay in 1979, because Carlos Lehder was smuggling Medellin Cartel cocaine from South America into Florida and Georgia. The Bahamas now has a flourishing industry in tourism and real estate development, as warm breezes and clear turquoise waters attract people from all over the globe.