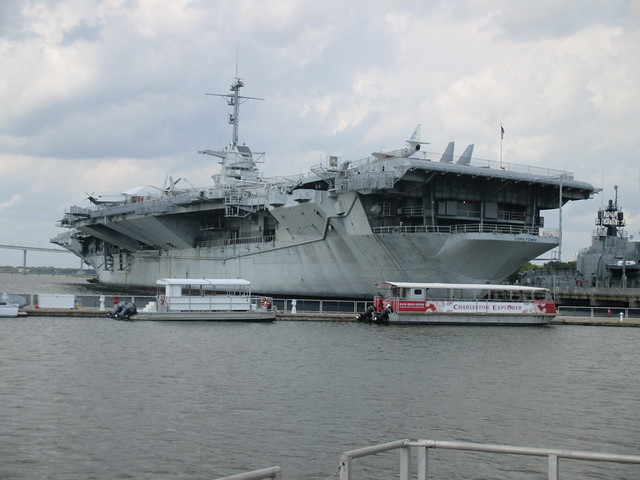 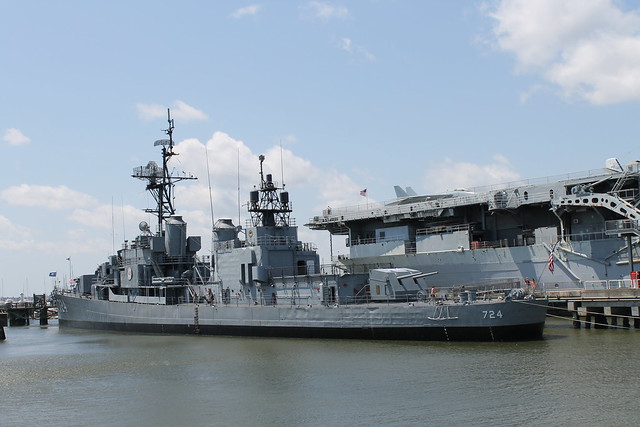 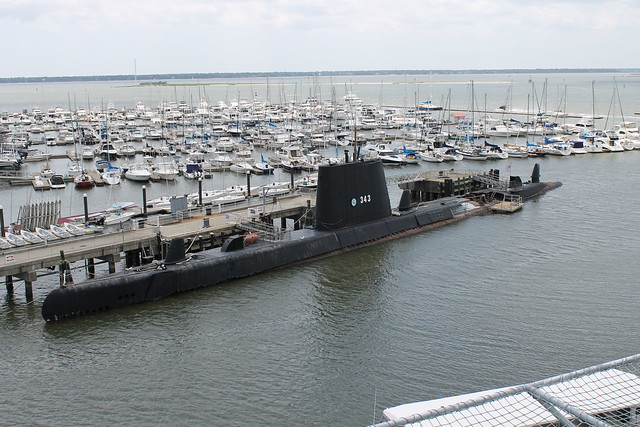 I’ve got a new little red wagon, but it isn’t a Radio Flyer. I borrowed a Mac Sports Folding Utility Wagon from a fellow boater in St. Augustine (thank you, Tiki Trek!) to fetch provisions one day and knew I had found the perfect vehicle. For years I have carted laundry and groceries in a folding and rusting metal cart (the granny kind) that never holds enough stuff and is just the perfect size and shape to always be in the way wherever you try to store it. 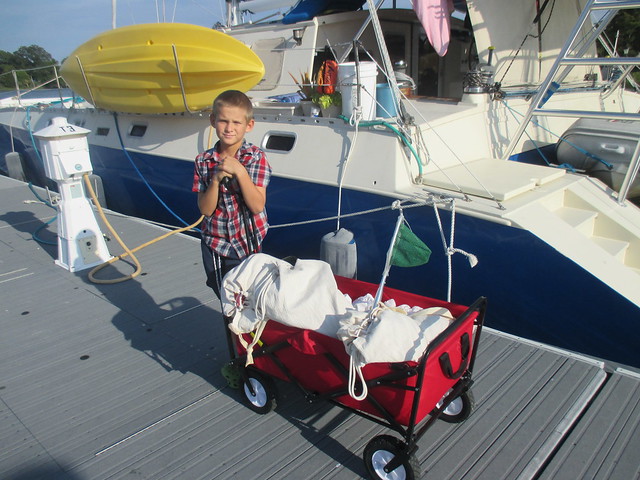 The FUW, on the other hand, folds into a neat little square which fits into its own bag and stows nicely in one of our aft lazarettes. We ordered ours from Dick’sSportingGoods.com, for about $70. It can carry up to 150 pounds—that’s a lot of groceries—and it folds and unfolds in the blink of an eye. The fabric is a sturdy synthetic canvas and the frame is steel. The oval-shaped handle telescopes and snaps into place, and there are even two pockets on the front for water bottles or small items. The wheels are hard rubber, and with the front two articulating, turning sharp corners with a heavy load is not a problem. 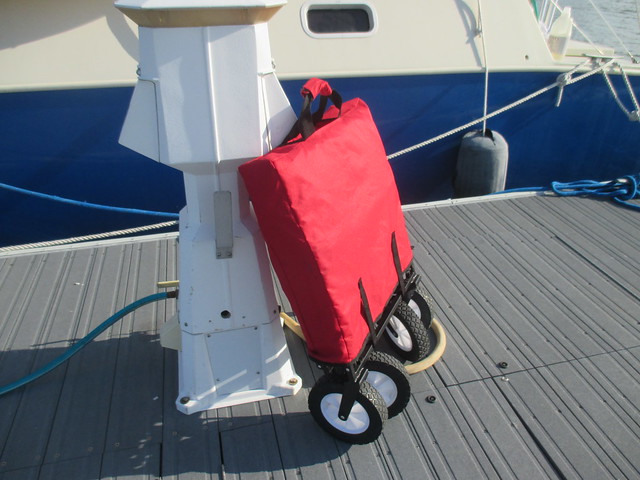 The only drawbacks I have discovered are that it’s heavy (the tradeoff for durability, I guess), and that the wheels don’t have locking brakes, which makes it a little tricky if you stop on a slope or when you fold it to put on the cover. The instructions state multiple times that the wagon is not to be used as a conveyance for small people, but my small person has already climbed in on top of the laundry for a ride with no ill effects. The metal frame makes it seem uncomfortable, and the warnings make it clear that you can’t sue Mac Sports if your tot falls out of the wagon or gets his little fingers pinched in the folding mechanism. Aside from these minor concerns, the wagon is a new favorite and draws compliments wherever I take it.
While we were in Charleston, we were invited to the house of Grandma Mary’s friends, Cindy and Pete. They made hamburgers and hot dogs, and gave us the tour of their 200-year-old house on Church Street. It was a huge, and very beautiful, house that had been built by a Revolutionary War hero. Like many of the old houses in Charleston, it had a piazza, a second-floor porch accessible by stairs from a false front door on the ground level. After lunch, we played hide and seek until it was time to go. We had fun with them, and hope to come back soon.