Today we removed the harmonic balancer, the valve cover, valve carrier, cylinder head, and oil pan.  We removed the front cover and learned how the governor maintains engine speed.  With the oil pan off we turned the engine upside down so we could unbolt the connecting rod from the crankshaft and remove the #2 piston. 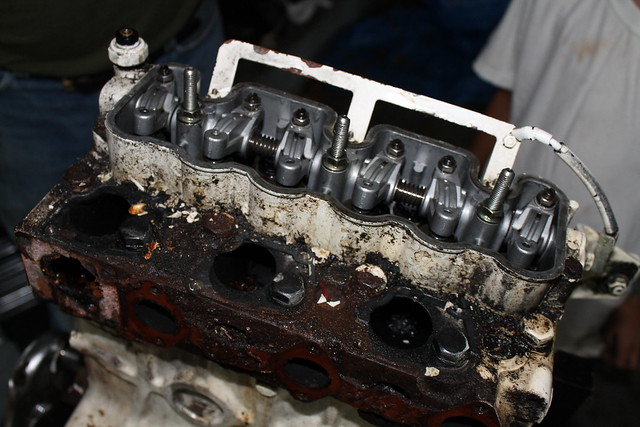 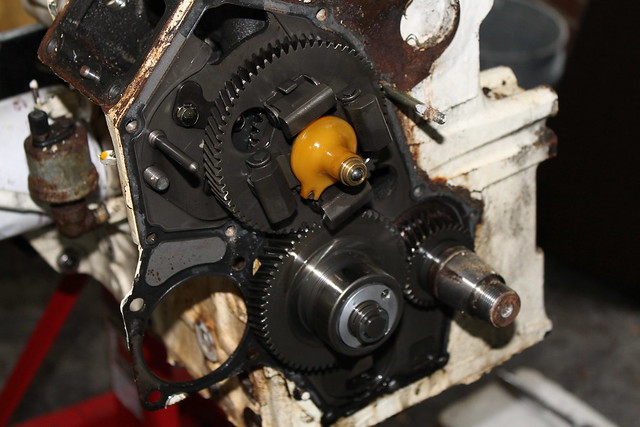 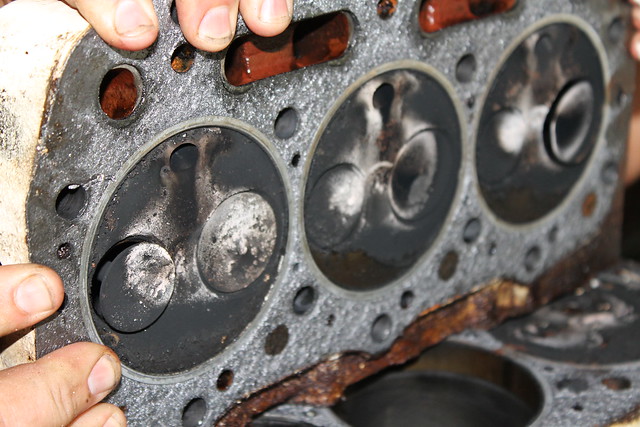 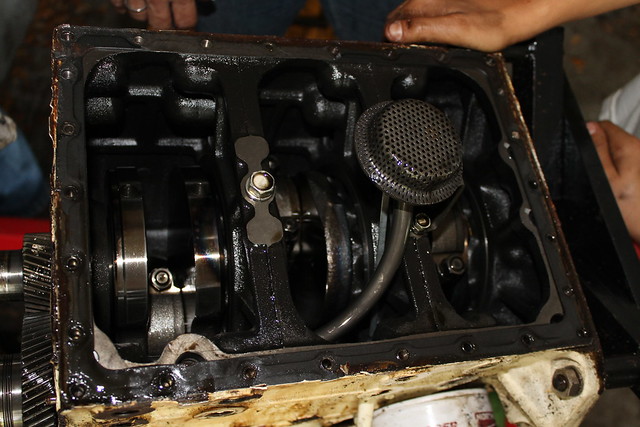 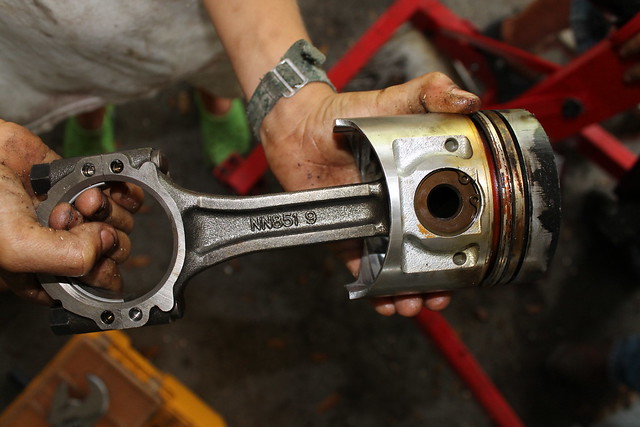 It is becoming apparent that we got the last breath of life out of this machine.  Sure, it looked a little rough on the outside, but now we see it was rough on the inside too. 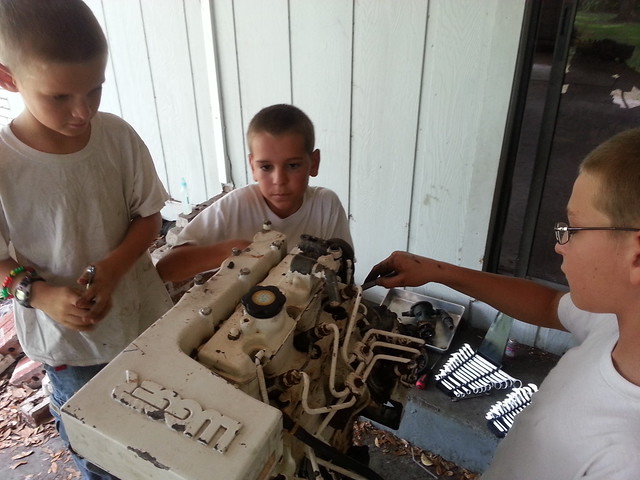 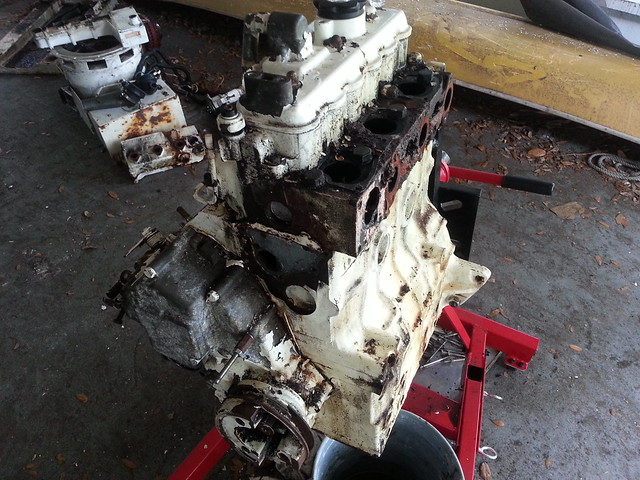 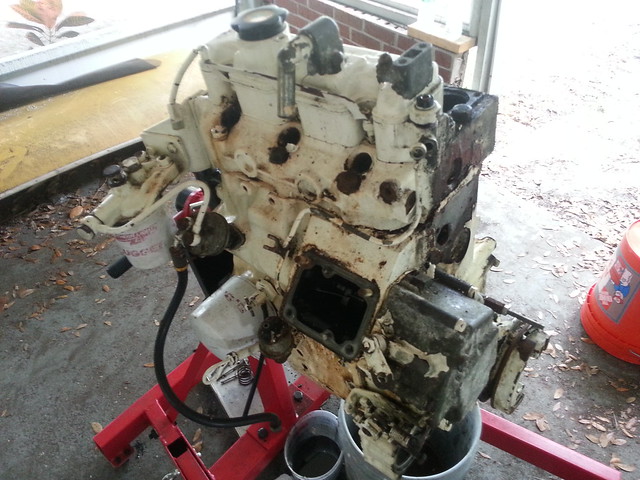 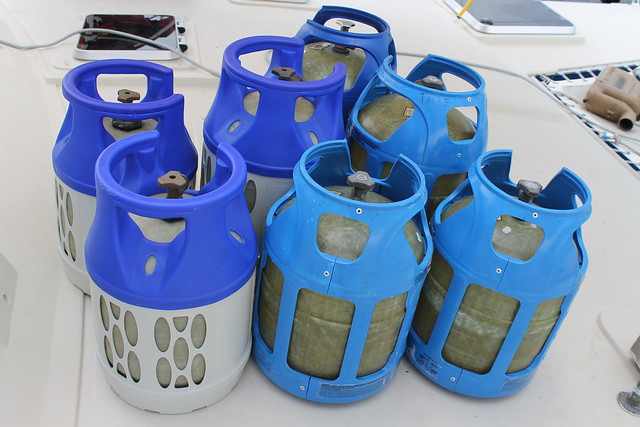 We’re changing out Take Two’s propane tanks.  We used to use the kind on the right, but there’s been a recall and the manufacturer has gone out of business.  Our old tanks were fine, but they aren’t supposed to be filled anymore.  Bummer.

We’re sticking with fiberglass, though.  Those are the new ones on the left.  Fiberglass tanks are cheap, light, and they don’t rust.  They’re tough to beat… until there’s a recall.

Whenever I mention to someone new that I live on a boat with five children, their eyes bug out and they express amazement and incredulity. How could we possibly all fit inside a boat? And, assuming we could squeeze in like sardines, how could we possibly all get along with each other?  Usually I can clear up the first question by saying that it’s a very big boat and that we can all carve out a private space if need be. To the second question, I say, tongue in cheek, that we are all very close.

While the boat sleeps eight comfortably, the settees around the salon table seat eight, and we have a pantry to store provisions for eight, the truth is that sometimes we don’t even have enough space for all seven personalities. We look at our physical proximity as an opportunity to practice mutual respect and conflict resolution skills; we have protocols for what to do if you ask someone to stop and they don’t, we aplogize and forgive each other, and make amends. But there’s no place you can go to be truly alone—except for when you untie the kayak and paddle off (maybe that’s why I like it so much).

One of our challenges is what to do with our older two boys as they get physically bigger. The dinghy, for example, gets smaller each year. Right now, each kid except Rachel has a roommate. That leaves a guest cabin empty (Jay sometimes uses it as an office). But there might be a lot of competition for that space if people start asking for their own rooms! A friend once suggested that we build an addition. We laughed at first, but the idea took root: what if we bought a second, smaller sailboat, and let the older kids begin to build some responsibility and independence as they learn to fix, live aboard, and cruise in their own boat?

Right now it’s just an idea. Our oldest turns twelve this summer, so we feel we have this window of opportunity to travel before we have to think about what comes next. As we rebuild our boat one piece at a time, and as the kids get more helpful, we get more and more confident about longer and harder passages. Though we’re living the life we imagined, we still have unmet cruising goals and lots of adventures to have while the children are young.

Do we fit in the boat? Sometimes. Better to ask, does the boat fit us? Absolutely and without a doubt.

The job for today was to separate the generator part from the engine part.  The kids undid all the bolts on the isolation mounts, the stator assembly, the rotor, and flywheel housing.  They also removed the engine wiring, alternator belt, and some of the hoses.  Grownups were needed to take the bolts off the flywheel with an impact wrench and to physically move the (really, really) heavy stuff out of the way. 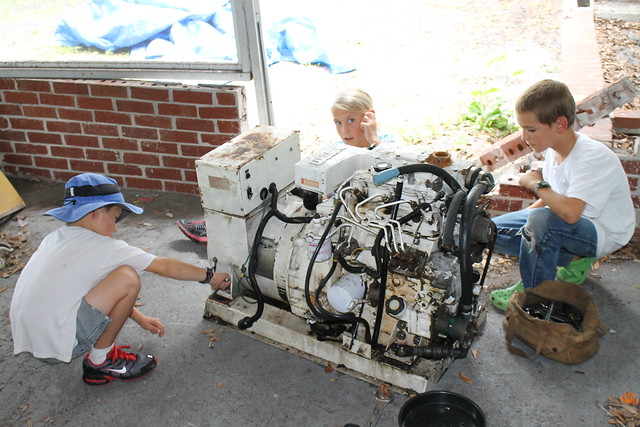 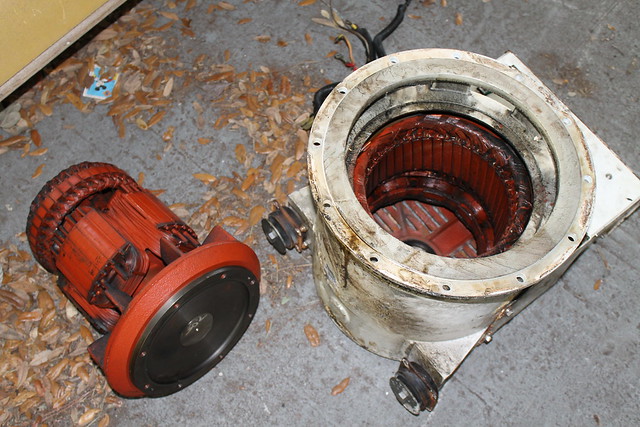 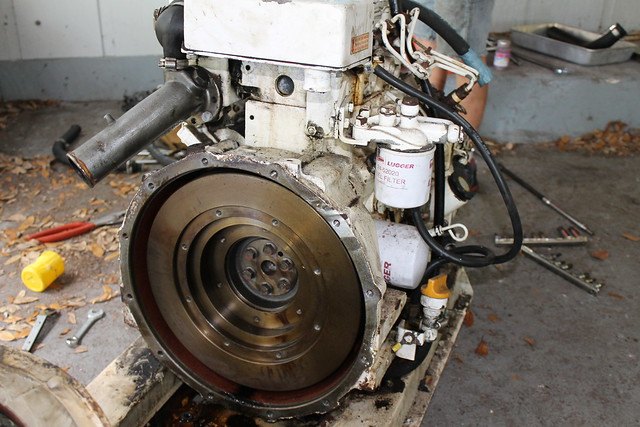 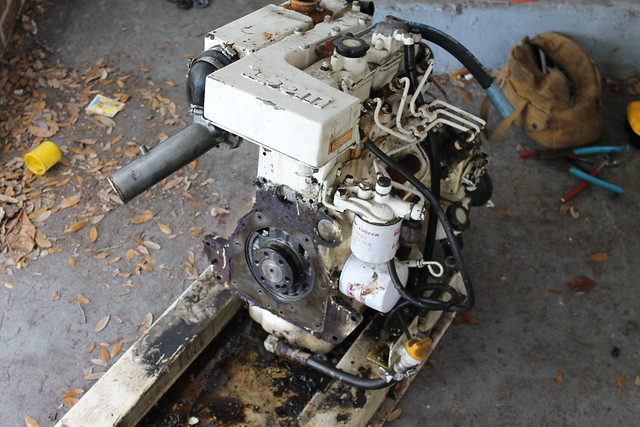 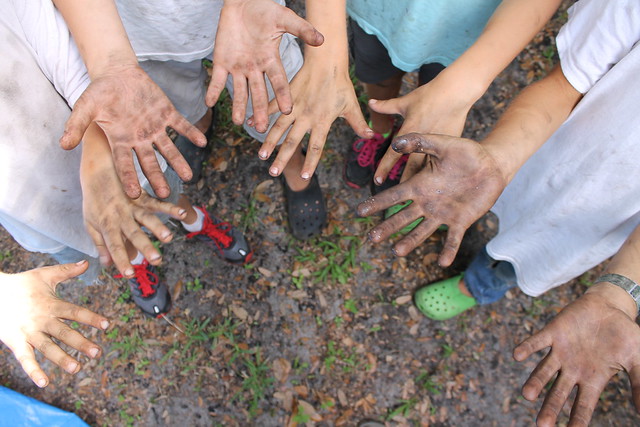 Our generator is dead.  We had it checked out, and the windings are shot.  Even though the engine part still works, repairing or replacing the backend doesn’t make sense compared to just getting an entirely new machine.

So the old one has been removed and I’ve begun shopping for a replacement.  Removed is such an easy word to say, but it was not an easy thing to do.  A Northern Lights 12kW genset weighs over 800 pounds.  It took a series of lifts with a chain hoist and an I-beam to move the thing from the boat to the dock, onto a cart, and then into a truck.  I’m sorry I don’t have any pictures.  Whenever those 800 pounds were swinging in the air I always seemed to have something else on my mind.

Usually a failure like this is an opportunity to rethink the situation and make it better.  But in this case I’m not finding anything that I think needs to be improved.  The Northern Lights was a great generator.  It died from old age, neglect, and a dose of salt water.  The 12kW was way overkill, so I think the next one will be about half that size.  Otherwise, I’d go right back to the same thing… if it weren’t for the cost.  Northern Lights generators command a hefty premium, so instead I’m looking at the Kubota-based sets from Phasor and Beta Marine.

For the same reasons that I can’t repair the old generator, I can’t really sell it either.  So what do you do with a working engine that is not useful or valuable?  Let the kids take it apart, of course!  The kids are going to diesel engine camp this summer.  They’ll dissect it under Ben’s tutelage and then put it back together.  I’ll get some pictures of that for sure. 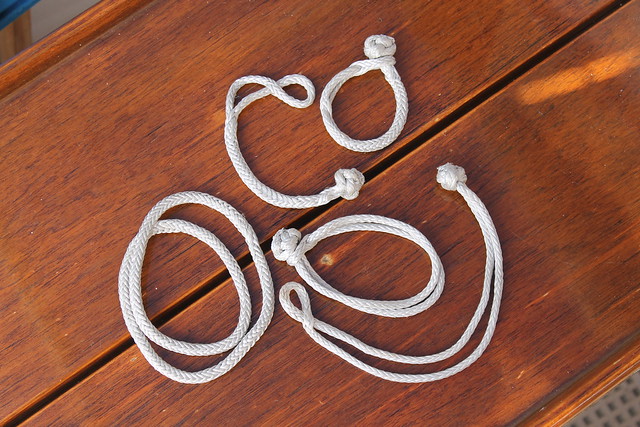