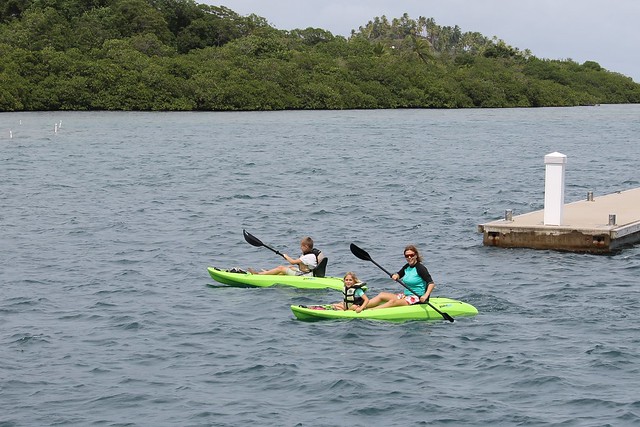 Gülcin, Sam, and I were kayaking a few weeks ago near the island where the spider monkeys live. Sam asked if we could go on the island. Gulcin said yes. There were two monkeys nearby. Sometimes people feed the monkeys on the island, but we did not have any food. Suddenly, the two monkeys came towards us. Sam and Gulcin went back toward the water, and I was trying to run, too, but the two monkeys blocked me. Two more monkeys came up behind me. I felt afraid, and so I screamed. In an instant, the four monkeys and others which came running, attacked me, grabbing and scratching me. I curled up in a little ball, trying to hide my head and face with my arms. Then, Gulcin ran back to me and started pulling the monkeys off of me. She jumped on top of them and picked me up. She threw me in the water and fought to get away from the monkeys, who were dragging her back. I was terrified and hurt—a monkey had scratched me badly on the arm, and I was bleeding like crazy. Sam wrapped his tee-shirt around my arm. Gulcin screamed for help, and a man came in a dinghy and took us to the town. A taxi driver drove me and Gulcin to Portobelo to the clinic, while Sam went back to the boat by dinghy to tell Mom and Dad what had happened. Mom came in another taxi to the clinic. First, they cleaned me up. Then, they gave me a pain shot. Next, they stitched my arm. And finally, they bandaged it. I also had to get a tetanus shot, but I didn’t even cry about it because I wasn’t afraid like I had been before. I came home and told everyone what had happened. They all thought I had been very brave since I didn’t even cry. 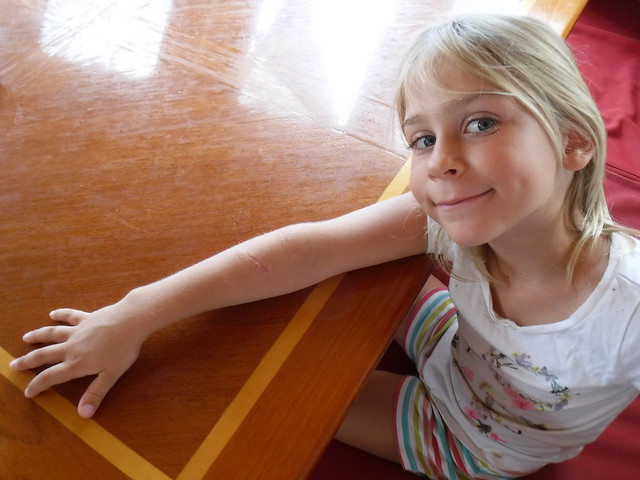 Before we were sailors, we were dreamers. Since we were teenagers, we had talked about buying a boat and sailing around the world. Even when we were young professionals in Atlanta, buying our first house and having our first child, we never forgot this dream. Jay satisfied his need to be on the water by crewing on a race boat on Lake Lanier, and I read books and magazine articles that kept the dream alive.

Like many people who dream of sailing away, our favorite periodical at the time was Cruising World Magazine. Jay would sit out on our back deck on a breezy day, angle his chair so that he could get a view clear of neighboring houses, and imagine he was reading on the deck of his boat. (In reality, better training would have been to get down on his hands and knees and use a sander, but I digress…) One column that was particularly memorable for me was Bernadette Bernon’s Log of Ithaca. Once the editor of Cruising World, she and her husband had bought a boat, quit their jobs, and gone cruising. Her articles inspired me, and I remember reading about the San Blas archipelago and going vicariously with her to the remote coconut islands and meeting the indigenous Guna Yala in their dugout ulus. At the time it seemed like an impossible dream, but here I am, 15 years later, sitting in the cockpit of my own boat, nestled behind a reef in the Lemon Cays, getting a daily visit from a Guna woman named Morales, who shows me her molas and drinks cool drinks while answering my questions. 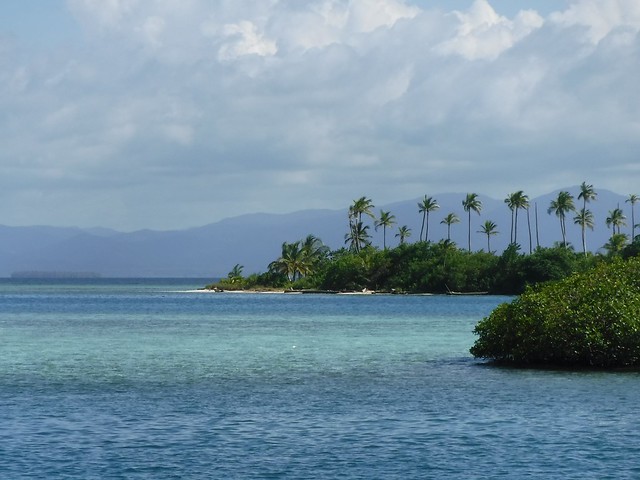 On our first day here, a woman in a large dugout powered by a motor came by to welcome us to San Blas. She introduced herself as Lisa—the very same Lisa I had read about so long ago while living in suburbia! Of course, I had to buy some of her beautifully-crafted molas and tell her how happy I was to finally meet such a famous person! Tomorrow, we celebrate ten years since we first laid eyes on Take Two, the day we drove as a family to Fort Lauderdale to begin what has become an incredible journey of discovery about ourselves and our world. Perhaps I wax nostalgic, but who could blame me? Here we are: doing the very thing we had read about, and finding that it is exponentially harder, yet more rewarding, than we had dreamed from our back porch. 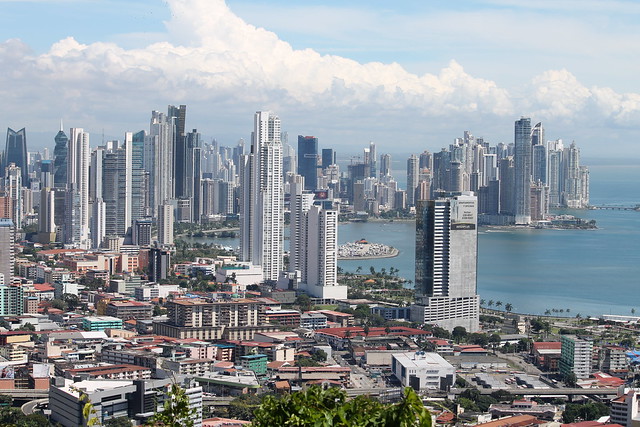 We had been planning to go to Panama City for a long time, and we were finally able to make the trip in November. We took a taxi to the train station in Colón, but it turned out that it was a Panamanian holiday and the train did not run that day, so we had to take the bus. When I heard this news, I imagined a “chicken bus,” crammed full of people and animals, speeding down winding mountain roads. But the bus was not at all what I had imagined. It was big, with comfortable, spacious seats, so that even though the bus filled up, you couldn’t really tell. It was air-conditioned—a little too air-conditioned, actually, and the road and driver were reasonably good. It took about 2 1/2 hours to get to Le Meridien, our hotel, including traffic and taxi rides. When we checked in it was about 6:00 p.m. and already dark. We went up to our adjoining rooms on the fourth floor and decided to have Papa John’s deliver pizza. After we ate the pizza on the sixth-floor terrace, we went back to our rooms, called the day a success (other than the not-train-ride) and went to bed. 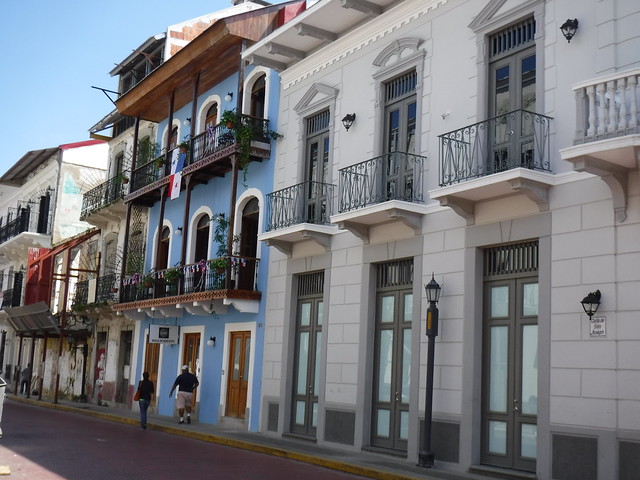 The next morning, we decided to go downstairs and across the street to a small café for breakfast. After we ate, a taxi driver named Ariel took us to the museum of the History of the Panama Canal in Casco Antiguo, the old city. When we left the museum, it was about 11:00 or 12:00 o’clock, so we walked around town to just look around and see what’s what. We stopped for cold drinks, then found the Iglesia de La Merced, a 17th century Catholic church which had been moved stone by stone to its present location (it had not been burned when the pirate Henry Morgan set fire to Panama City). Then we walked around for another half hour or so, and found a restaurant called Pip’s. The food was good, but the service was not great (as in not getting exactly what we ordered). We called Ariel to take us back to the hotel. It was about 5:30 when we got back. Mom and Dad went out on a date while we kids watched a movie and went to bed. 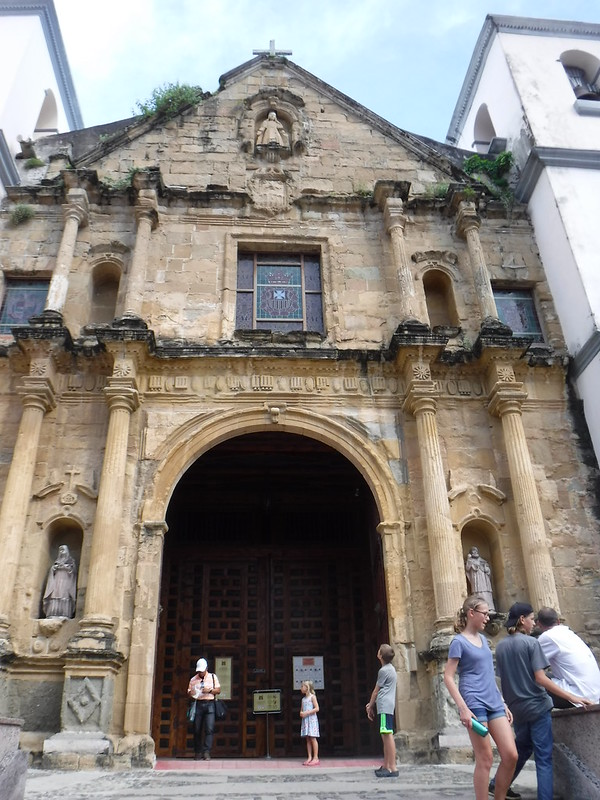 The next morning, we called a driver named Luis (a very nice guy) to take us in his van on a city tour. He took us to breakfast at a local place, called El Trapiche, then to see the canal locks, Ancon Hill, Flamenco Island, and the Baha’i Temple. At the Mira Flores Locks, we went to the visitor’s center and the observation deck to see a container ship exit the locks on the Pacific side. In the visitor’s center, there are exhibits and artifacts about the history of the canal. 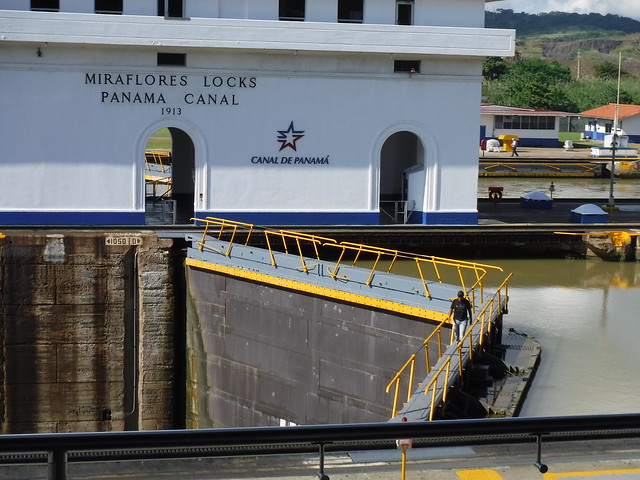 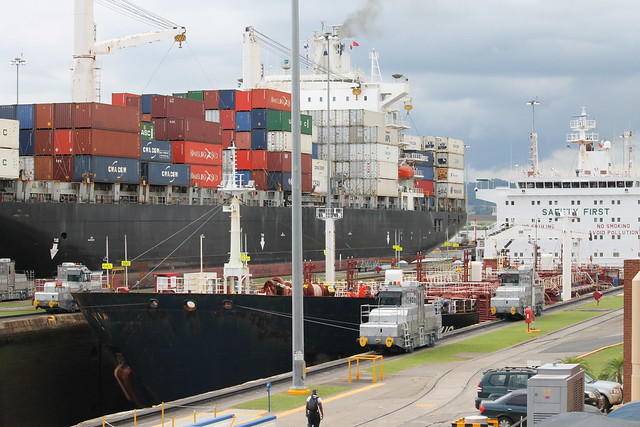 Ancon Hill was the site of the old Canal Hospital, but now it is a nature hike with a great view. It was a 45-minute hike to the top, but the view was more than worth it. 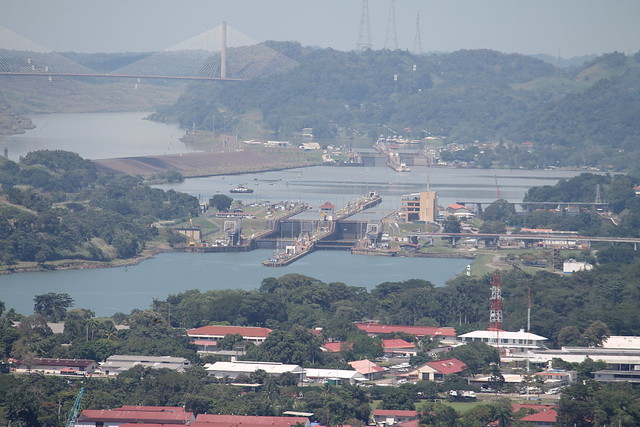 As we were walking down, we found an injured sloth that had fallen out of a tree. Luis picked it up and carried it, until a family with a toddler let us borrow their stroller. The little boy gladly gave up his stroller to save the sloth! At the bottom of the hill, we loaded the sloth into the van and gave the stroller back to the family. Next, Luis drove to the Smithsonian Institute on Flamenco Island to see if they could take care of the sloth. They sent us to the National Park, where we dropped it off. 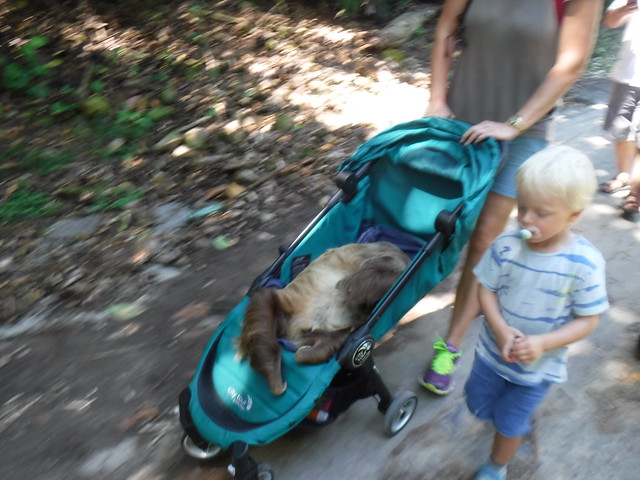 We stopped for lunch, then Luis took us to the Ba’hai temple outside of the city on a tall hill, where we got another great view of the city. We returned to the hotel around 5 o’clock to rest before dinner. We then took two taxis to Pomodoro, an Italian restaurant. We had been told to watch out for Panamanian taxi drivers because they always get lost, and both drivers had to stop for directions to find our restaurant! It all ended well, and the next day would be our last in the city.

We all woke up the next morning to the sun shining through the big glass windows around 7:00 a.m. We called Luis to take us to the mall to do some shopping before we left the city. We were planning to stay for several hours to find what we needed, so we wandered around until we found a Conway department store. We spent a couple of hours there, looking for clothes and shoes, then headed toward the food court. We found a music store, then had some lunch (Wendy’s and Subway). After lunch, Dad, Rachel, and I took a taxi back to the hotel because we had what we needed and didn’t want to wander around all day.

I cannot tell you about any of the other events that day because I was not there, so I will skip right to dinner. We walked around the city near our hotel (in the rain) until we found a restaurant called “The Ozone Café,” which served dishes from many countries of the world. It was very interesting and delicious. When we got back to the hotel, we packed our bags and prepared for the return trip in the morning. 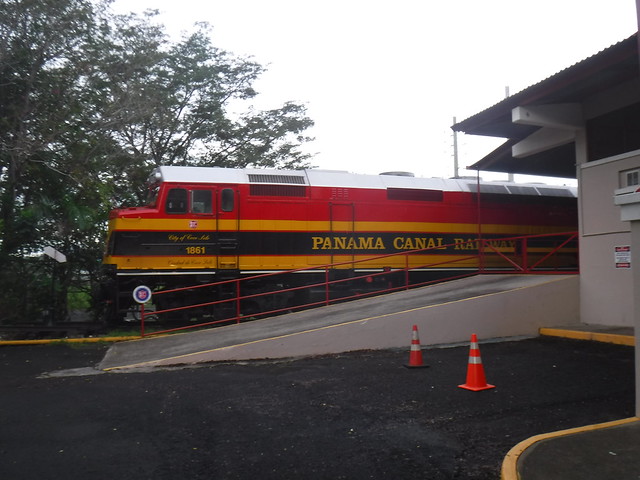 The next morning, we got up at 5:30 a.m. to meet Luis, who drove us to the train station and we got there just in time for the morning train to Colón. We boarded the train and were on our way. We sat in the observation car, which had a glass dome, and had snacks. As the train moved along, we got glimpses of the canal locks, and ships in Lake Gatun. When we got back to Colón we took a taxi back to the marina and got there around 9 o’clock. I think the trip was a success and that we made some good memories. 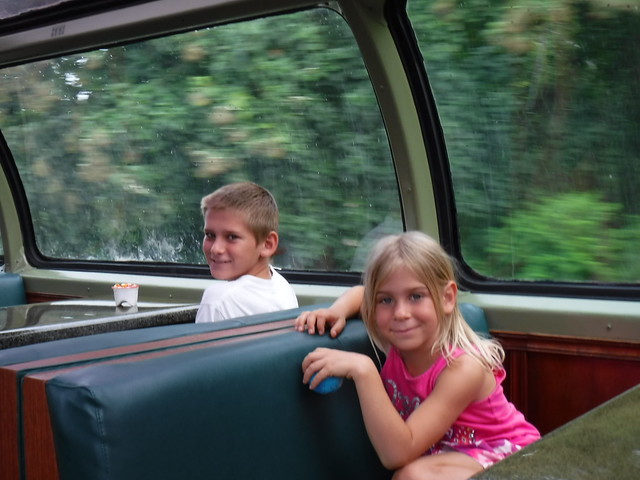