We bought Take Two a new life raft and decided to pick it up at the factory rather than have them ship it to us.  We think it is a good policy for everyone who owns a life raft to see it inflated and have a basic familiarity with it in case it is ever needed in an emergency.

We applied that logic when we took the whole family to see our previous raft serviced.  Unfortunately it was going to be more expensive to recertify than it would be to buy a new one, so we had it condemned.  That was, of course, before we started shopping and realized that while a life raft could be purchased for less, we wanted the best and that was going to cost a lot more.

We placed the order for our new one at a boat show where several brands of rafts were being displayed.  Our selection of the Winslow was influenced by several factors.  We felt it had the best features and construction, an opinion seconded by Practical Sailor during a test of several competitors.  They were the only rafts at the show that are made to order and constructed entirely in Florida.  And they are unapologetically expensive.

We also liked that the raft’s standard equipment includes a Bible.  While this may seem like a sentimental and irrational reason to like a raft, we saw it as an indication that the company really thinks about what it is like to use their product in a survival situation.

“Picking up the raft” actually evolved into a 2-hour visit during which we toured different stations where other rafts were in various stages of assembly.  Our raft had already been completed and was waiting in a rack for almost a month while we got all our ducks in a row to make the trip.  They knew we were coming, so it was inflated and ready to be packed when we arrived.  We were given an orientation of the raft’s features, we saw the survival pack assembled, and we watched as the raft was packed.  Each step was explained. 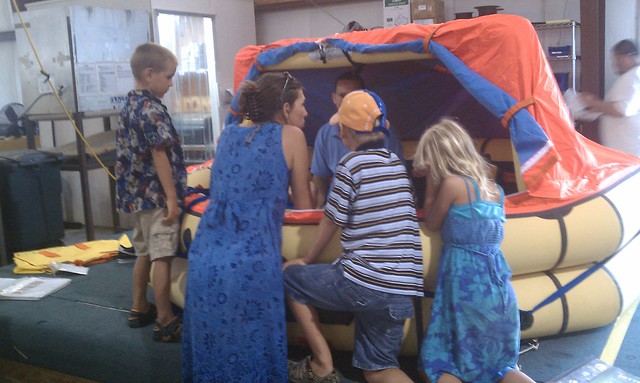 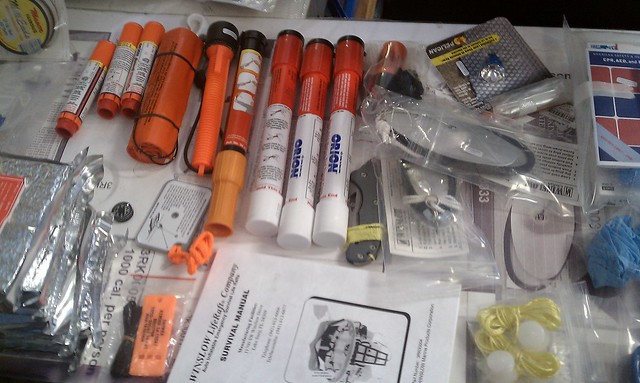 The packing process includes many quality assurance steps.  While it is mostly done by a single person, at various points the pack is checked by another person, and at certain stages photographs are taken.  Witnessing the process gives confidence that Winslow is serious about the quality of their product, and understands that a defect could have life-or-death consequences. 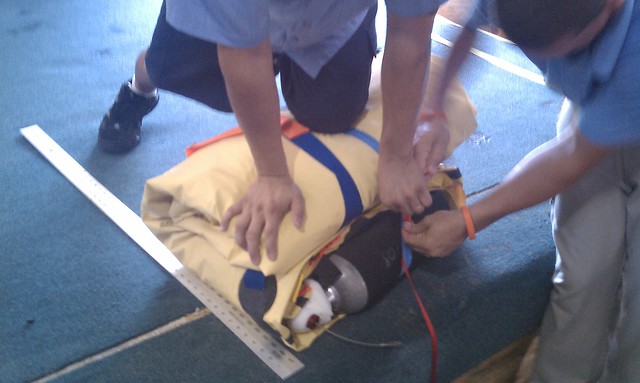 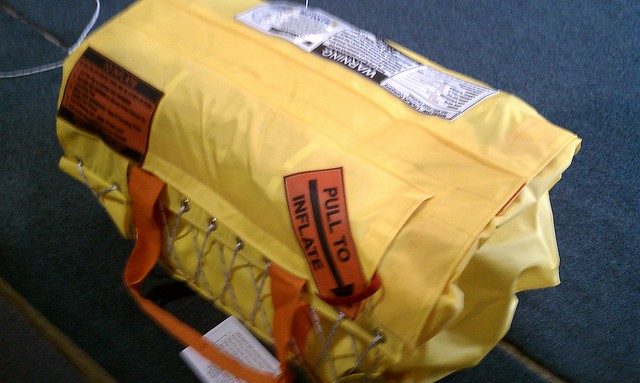 They’re also really nice people.  We were told that they ship about 15 rafts a day, but only 1-2 customers a month come in to see the operation.  We were glad to see it, and also glad that they could see our family.  I think if I were making life rafts, I would appreciate the reminder of who uses them.