As we prepare to add a new crew member, it looks like we’ve lost an old one.  One of our cats, Spice, apparently has decided she’s had enough of the cruising life.  Ironically, between the cats, she was the one who seemed to adjust to it the best.  We arrived here on Wednesday, and Thursday night was the last time we saw her.

We’re saddened and anxious for her welfare.  It is easy to assume the worst, but we prefer to think she’s found a new home.  Its better this way than if she went missing at sea, or doubt was otherwise removed.

Spice was a simple cat and very sweet.  We used to joke that she rode the short bus.  While almost 14 in human years, mentally she was just a kitten.  It is possible she’s up a tree or under a bush somewhere and may yet find her way home, but I think the odds are against us seeing her again.

Spice and her sister Sugar were our first kids.  We got them from the pound when they were six weeks old and we were six weeks married.  We brought them home in the car with Tanya holding one in each hand.  We marked their birthdays by our anniversaries.

When Spice was a kitten she used to play with balls of yarn, as kittens are apt to do, except Spice swallowed the end of one.  As newlyweds it seemed frivolous to shell out the $600 for surgery to remove the yarn from her intestines, but looking back it was money well spent.  She provided 13 years of companionship and amusement.  Even though she was getting some gray in her whiskers, she would still occasionally chase her tail. 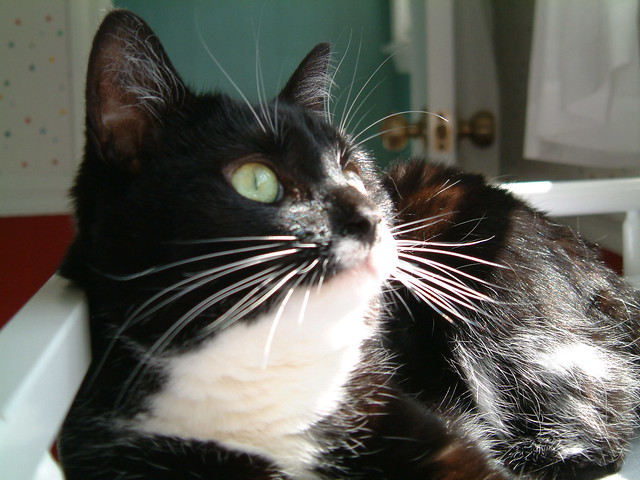