The crane came this morning and by noon we had both engines and the generator in the boat.  Not installed, mind you, but at least sitting inside the boat. 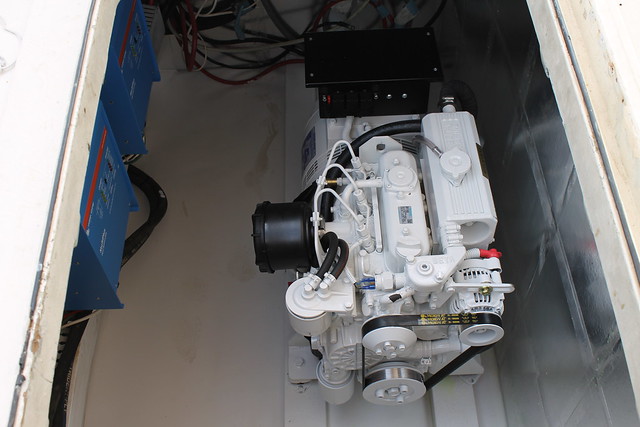 The engines are a tight, tight fit.  This was mostly expected, but it looks alot different on paper.  I also forgot to account for the size of the flexible couplings.  They're optional, and I think we're going to opt not to use them.  We’re making some shims to raise the engines an inch before finalizing decisions about engine placement, flexible couplings, and shaft length.
We have decided to use the thru-hull in the back of the engine spaces, and fill in the one in front.  This is opposite from our plan on Day 11 and if we’d had the right thru-hulls then, we might have regretted it.  There's just no room at the front of the engine for the seacock or the strainer.  We're also going to need a smaller bilge pump, which probably means a second bigger pump somewhere else. 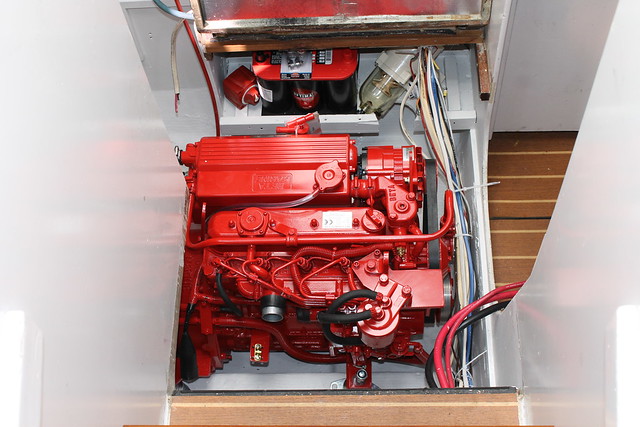 We haven’t fitted the secondary alternators yet.  That should be interesting.  There’s a shelf that might have to go. 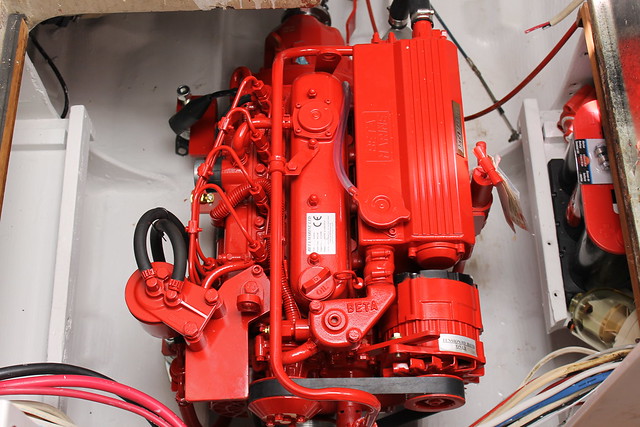 I hope everyone got to see some of the America’s Cup, or at least was aware it was going on.  It really was amazing.  With 72-foot foiling catamarans going 40 knots, it’s a lot like watching NASCAR.  And not just the boats are incredible, but also the racing itself.  At one point New Zealand was leading 8-1 and only need one more win to take the Cup.  USA rallied and won 8 races in a row to keep it.  It’s good stuff, and it’s all on YouTube.