Out of all the many islands that we have visited over the course of our little cruise, my favorite (so far) has to be Bonaire. Bonaire is the easternmost island in the ABCs (Aruba, Bonaire, and Curaçao), a chain of Dutch islands just north of the coast of Venezuela. All the Caribbean islands that we have previously visited are giant, volcanic affairs with towering mountains and steamy jungles. Not Bonaire. Bonaire is flat, arid, and prickly. It could have been Arizona, with red dirt, wild donkeys, and large spiky cacti. There are a few largish hills at the north end, vast flamingo-infested salt flats at the south end, and cactussy desert in the middle. The capital city, Kralendijk, abounds with good restaurants and bars, good shops, and good ice cream parlors. Right before we arrived from St. Lucia, a wave of uncharacteristically wet weather hit Bonaire, and it rained on and off for the duration of our three-week stay. 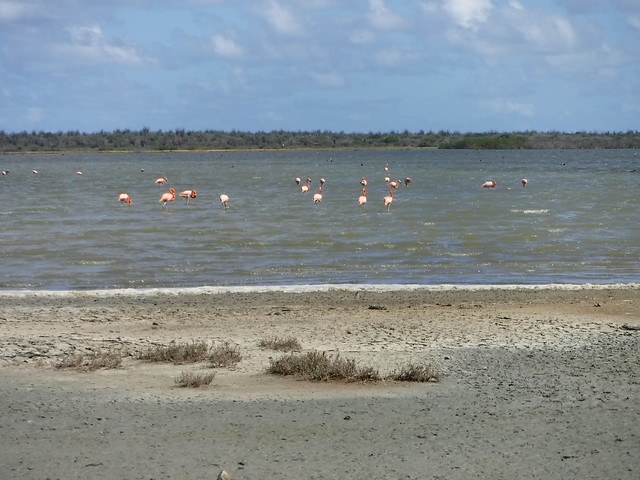 As great as the island is, the main attraction is the water. Bonaire is not called a diver’s paradise for nothing. The water is crystal clear and relatively shallow close to shore, but after about two hundred feet, it slopes gently downward and then suddenly drops off into the deep, empty blue. The boat was moored just on the edge of the drop-off, with 15-foot sandy bottom under the bow, and 30-foot coral slope under the swim ladder at the stern. We went swimming almost every day. We were usually joined by our friends on s/v Abby Singer (henceforth to be referred to as “our esteemed neighbors”), who were anchored next door. Often, I would go into the ‘front yard,’ and practice my breath-hold at the mooring-block. I would hang there, motionless, my foot hooked under the loop of metal to keep myself from floating away. I achieved my longest submerged breath-hold while doing this, at 1 minute, 45 seconds. 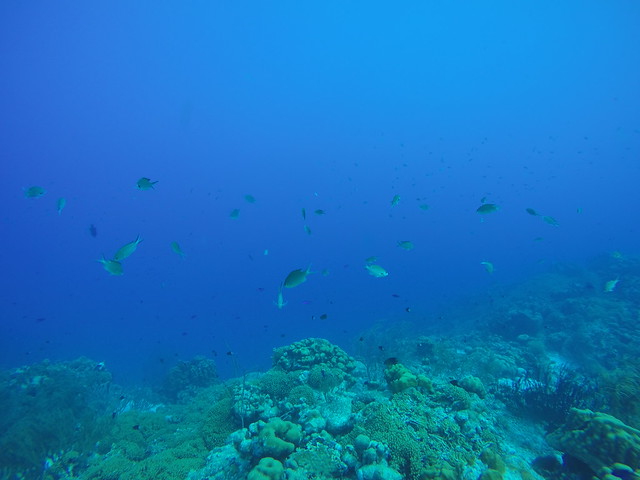 The good snorkeling, unsurprisingly, was not limited to the area directly under the boat. In fact, it was good snorkeling pretty much everywhere. Coral grew plentifully along the slope, and there were fish everywhere. It was great for free-diving. The coral just keeps going down and down. Generally, the deeper you go, the better it is. We often took the dinghy, sometimes accompanied by our esteemed neighbors, to Klein (or “little”) Bonaire, a long flat island a mile to the west rising out of thousands of feet of water. On the north side is a white sandy beach frequented by ‘pirate’ ships, constantly belching out pasty white tourists and re-ingesting pink ones. The snorkeling off the beach was only mediocre (for Bonaire). The good stuff was on the south and east sides.

Aaron and I were SCUBA-certified in Marathon before we left. While we were in Bonaire, I had the opportunity to practice this skill. One day, Andrew on Abby Singer, Pete on Penny Lane, and I decided to go diving. Everybody already had the proper gear, except me. Our dive tanks were five years old, Andrew’s spare was empty, and Pete’s extra was too small. In the end, I had to use a tank rented from one of the numerous dive shops, a BCD and regulator borrowed from Andrew, a mismatched collection of weights borrowed from everybody, and my own mask and fins. We took Penny Lane to the south side of Klein Bonaire, and grabbed a ball. It was a pretty good dive. We generally stayed at around 45 feet, and just cruised along the drop-off. Early on, Andrew’s regulator developed a leak, and he had to head back. We saw a bunch of cool stuff, and returned to the boat an hour later. 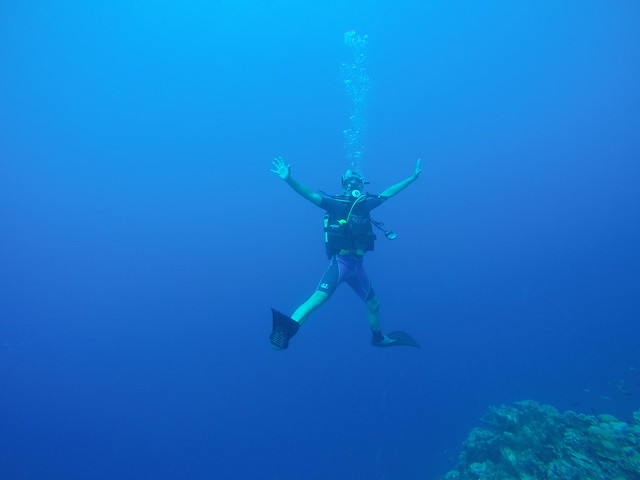 As much as I like SCUBA diving, I would almost always rather be free-diving. Tank diving allows you to stay down longer, and see things in more detail, but at the cost of having to rent and wear cumbersome gear, and the added risk of nitrogen narcosis and decompression sickness. Free-diving is not without risk, but I find it to be more rewarding. For my 15th birthday, I received a free-diving watch. It functions like a normal digital watch, except that it displays and records the depth, time, date, and temperature of any dive over five feet. While in Bonaire, I broke my record for depth and dive-time twice. The first time, I was diving right off the back of the boat. Wearing fins, I swam down 67.2 feet below the surface, with a dive-time of 1 minute, 4 seconds; more than ten feet past my previous record.  The second time, Andrew and I were trading dives off Klein Bonaire. He went down to 50 feet (his record), and came back up. I finished breathing up, took a gulp of air, and descended to 73.4 feet. I returned to the surface 1 minute, 5 seconds later, without suffering any ill effects.

During our last week in Bonaire, we took Take Two, and our esteemed neighbors, down to the south of the island, where the salt flats are. We took a mooring ball, and dinghied to the salt pier (a prime diving destination), where big ships take on their cargoes of salt. We tied up the dinghy, and jumped in. The mass of coral-encrusted pilings were tilted at different angles to improve support. Diving down and swimming among them through the green light was like swimming in a shady forest. Unfortunately, someone (me) forgot to bring the GoPro, so we have no pictures of this great experience. 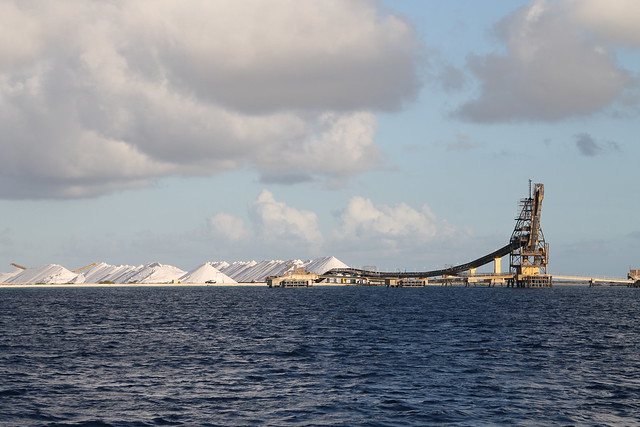 Although there is excellent free-diving all over the Caribbean, nowhere else have I seen such a concentration of pristine reefs and flourishing coral. As you may have guessed by now, I greatly enjoyed our time in Bonaire, and hope to return one day. 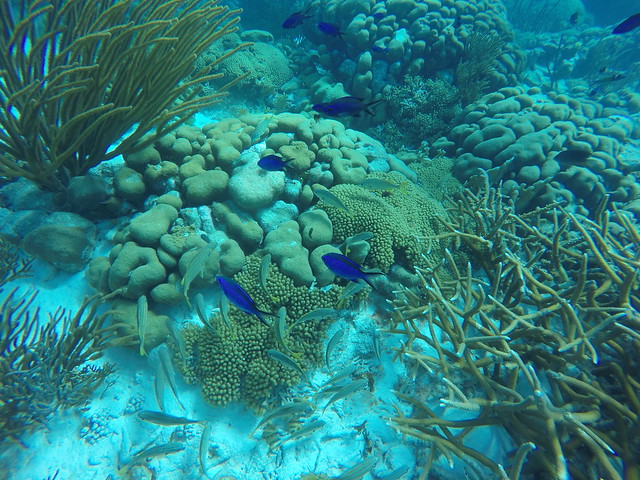