Picture this: a volcanic island covered with pine trees, sparsely settled, fringed by coral reefs, with a small round cay lying just offshore, covered, and I mean every available inch, with brightly-colored, multi-story buildings, some built on pilings out over the water. Shrimp boats with names like Flaming Arrow and Lucky Lady line the wharf along one side. A system of alleyways and canals crisscross the island, and water taxis buzz here and there, picking up and dropping off people going to the main island or through a channel to the north side, where there are sparkling sandy beaches and resorts, and one small settlement in a mangrove bay. At night, the taxis all retire, and country music begins to waft over the water from several bars. You might think to yourself, where am I? If you talk to anyone official, you will need some Spanish. If you meet someone on the street, you will speak English. The inhabitants of the island come in all shapes and colors, religious backgrounds, and socioeconomic classes. If you feel confused, this is part of the charm. You are in Guanaja, in the Bay Islands of Honduras. 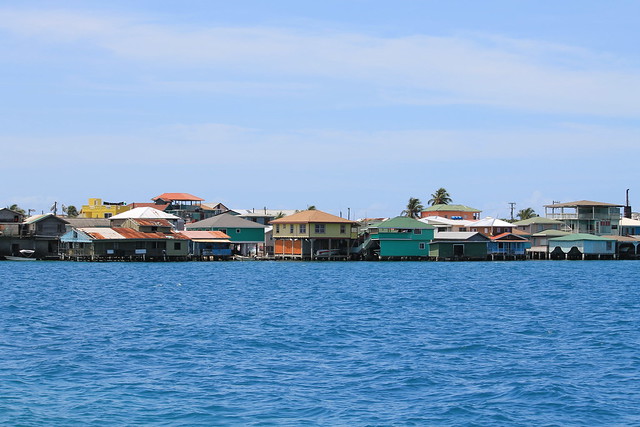 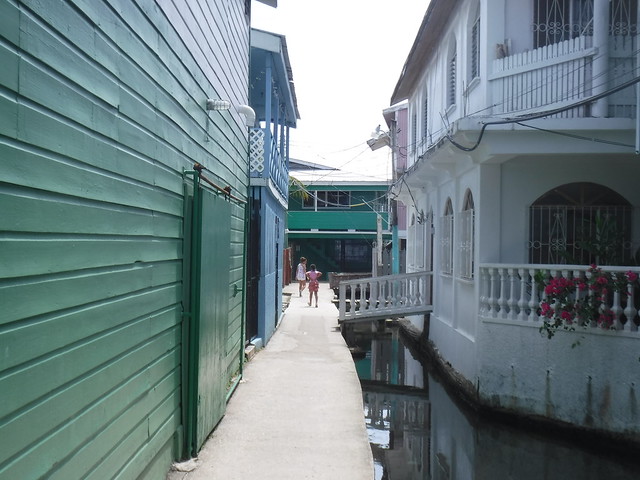 This place is full of seeming contradictions: a local who grew up in New Jersey and used to work in the New York Public Library returned to his island home to teach English to kids in the afternoons in a make-shift sidewalk-school. A Frenchman sails here every year on his way to or from Rio Dulce, Guatemala, but hates the water, so he comes only to hike in the pine forests. A German who settled here twenty years ago serves pizza in a palapa-on-stilts. A local couple who grew up in crowded Bonacca bought a hillside property on the main island and opened a first-class bar and restaurant which looks more like a chalet on a lake in Switzerland than a tropical island bar-and-grill. 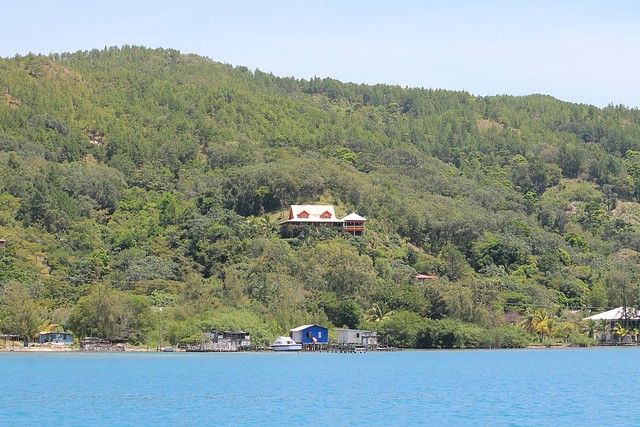 An Australian couple who have traveled the whole world by every conceivable conveyance house-sit on shore near where we are anchored (we met them in town on the day the supply boat came in). You never know what or whom you will encounter in the narrow streets of Bonacca. 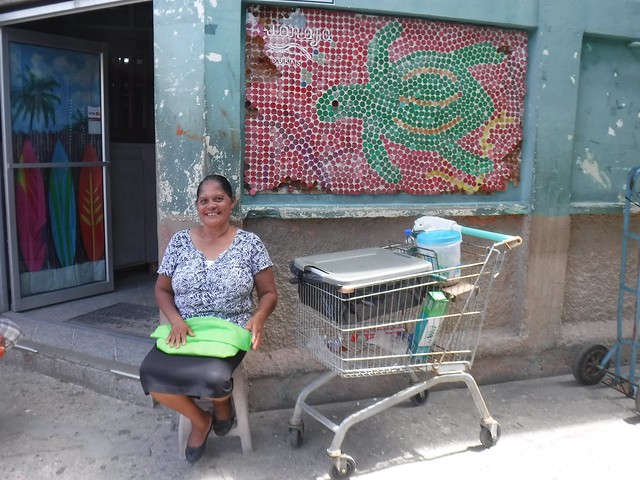 Roatan is no less strange. Isla Barbareta, to the east, has virgin hardwood forest and good diving—it’s owned by a Texas tycoon. Mannie and Tita, originally from Mexico, run The Mango Creek Resort, a quiet getaway in Old Port Royal—yet another old pirate lair—with pastel-colored bungalows over the water, where people come for fishing vacations. 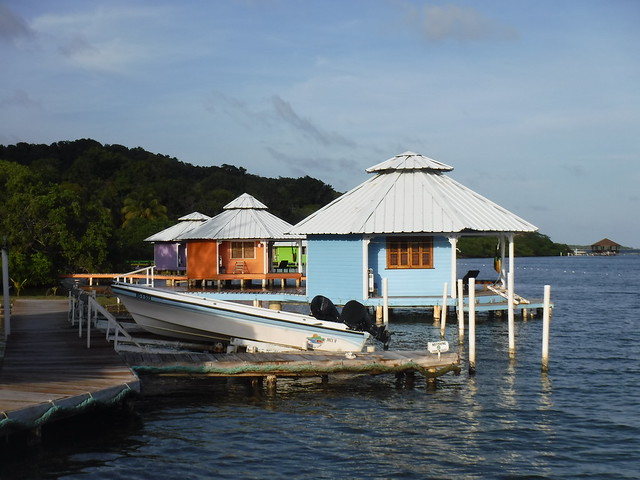 Jonesville and Oakridge are local villages on bays lined with shrimping boats that ply the Cayman banks several months each year. The area looks and feels more like Louisiana than Latin America. 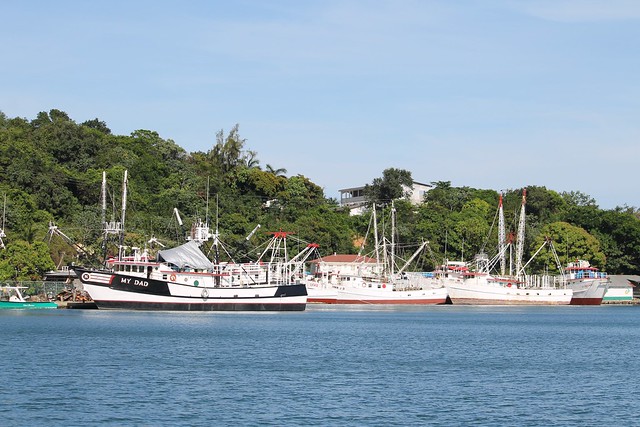 French Harbor boasts Fantasty Island, an exclusive dive resort with a hotel, marina, dive shop, restaurant, and white-sand-lined lagoon—guarded by Hondurans with shotguns. In the same area, Little French Key brags that it is the “#1 Tourist Attraction in Honduras”—an island complex of beaches, restaurants, gift shops, swimming lagoons, and wild animals in cages, including lions and tigers and jaguars (Oh my!). We’ve never been anchored where we can hear lions roaring at sunset. It adds to the feeling that we have stepped into a Salvador Dali painting. 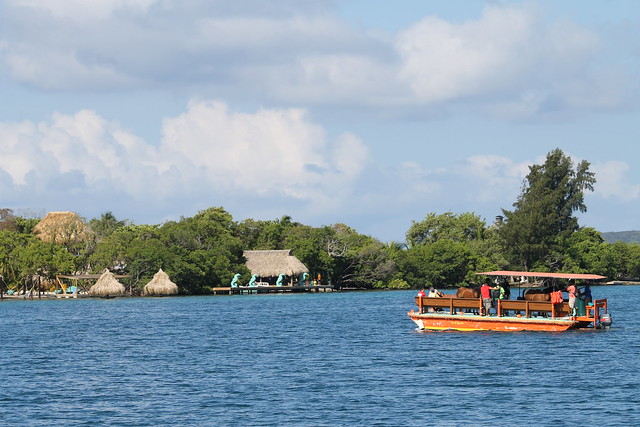 Coxen Hole, where the cruise ships come in to unload their thousands of passengers, has a reputation of being unsafe, and West Bay is the place said passengers go to play for the day—think parasail boats, jetskis, overloaded snorkel boats, and beaches lined with lounge chairs. West End is a little quieter—a small beach community with boutique hotels owned by North-Americans, open-air restaurants, cruising sailboats, and walls of coral to explore just offshore. A cruise around the island offers, if nothing else, variety. Each time we anchored, it felt like we’d arrived in a different country. 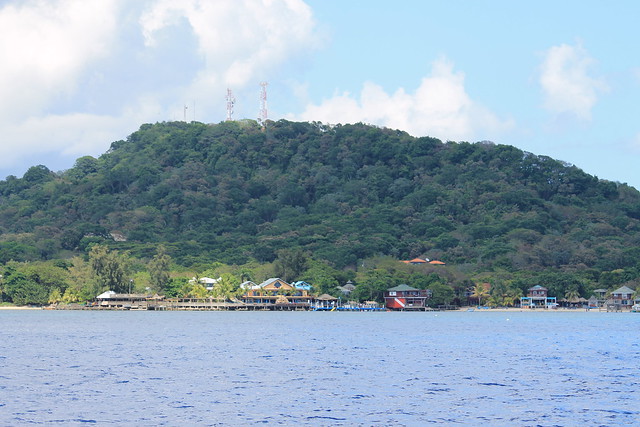 Utila is as different from Roatan as Roatan from Guanaja. A mere 17-mile sail takes you into a different weather pattern and social atmosphere. There are still palatial gringo-retiree houses with ocean views, still tin-roofed houses on stilts in town, but Utila is obviously a young diver’s mecca. Dive shops with palapas strung with hammocks line the waterfront, delicious after-dive lunches can be found for a reasonable price at lots of establishments, and the dance music starts at sunset and doesn’t finish until the wee hours. Young people from all over the world come here to get certified to dive and to become dive instructors themselves. Others come to swim with whale sharks, which are often found in the waters along the north side. Like Guanaja and Roatan, Utila has clear water, beautiful living reefs, lots of fish, and inexpensive dive-shops, which makes for phenomenal snorkeling and diving. 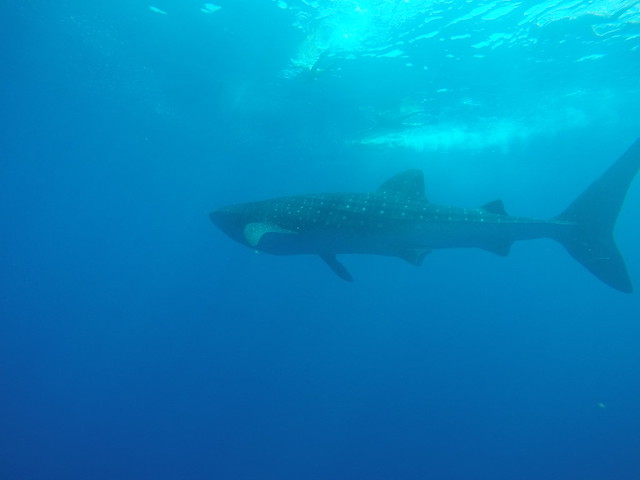 The Bay Islands of Honduras have always been a crossroads. Mayan glyphs can still be found here—relics of a once-expansive population which had established trade routes throughout Central America. The first European explorers who came to get fresh food and water were welcomed by indigenous Paya in cayucos. The ubiquitous pirates of the Spanish Main lurked here. The Garifuna (Black Caribs) of St. Vincent were shipped here by English Colonizers during the wars between the intermarried “Black” Caribs and pure-blood “Yellow” Caribs of the Eastern Caribbean. The people from Africa, those whom “England left behind” have formed their own unique culture and language. Seafaring Caymanians sailed downwind from their islands to the East. Louisiana shrimpers seeking a new fishing grounds plied the nearby banks. The Hondurans who took over the islands brought Latin culture and cooking and Spanish language. The tourists seeking pristine reefs and beaches, the expats looking for cheap property in paradise, the sailors looking for a quiet anchorage—they have all come through the Bay Islands and left their mark. We too have come, made friends, formed impressions, created memories, and enjoyed the beautiful waters of the Honduran coast. 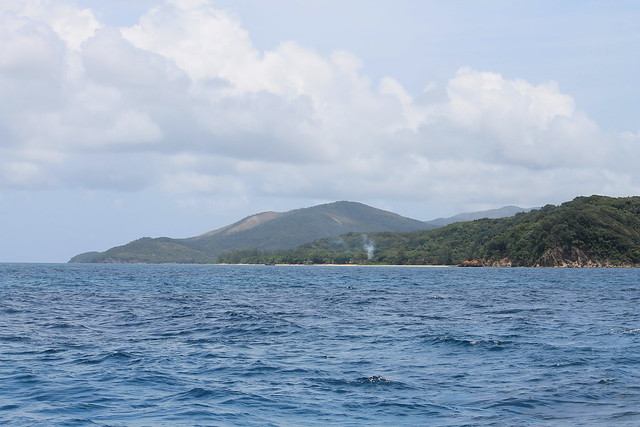