The new engines arrived.  We got them unloaded from the truck and put them under the boat until we’re ready for them. 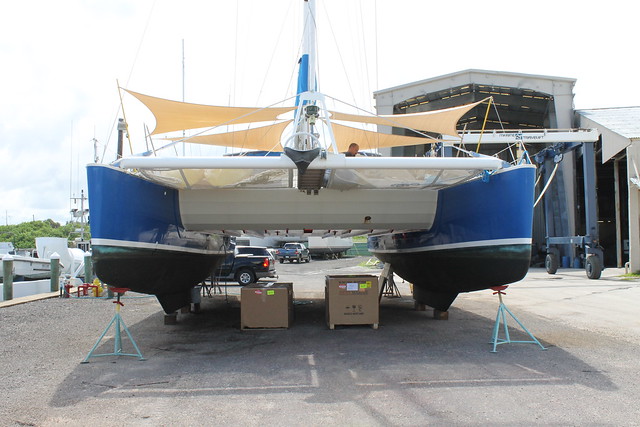 The engines are Beta 38’s and the generator is a Beta 9kW.  Made to order in England, shipped to the distributor in North Carolina, and then shipped to me.  The Beta is best known for being a marinized Kubota engine, which is a very common engine for tractors and such.  A sailboat seems to me like a perfect application for a tractor engine.
Thirty-eight horsepower is the most we can practically use.  We’d need bigger props to handle more power.  While still probably underpowered by modern standards, we’re constrained for space for both the engine and the prop, so we’re just going to be happy with 38.  We should be able to get hull speed, which is all we really want. 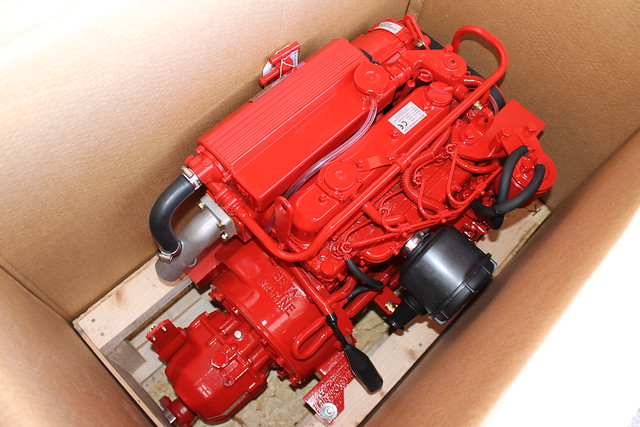 The 9kW generator is more than I was really looking for.  Our old one was a 12kW and it was way overkill.  I was thinking 6kW would be about the right size.  I'd save on weight and fuel and would be able to give it a “healthy” load.  Beta’s machine met my requirements and they gave me a deal on it since I was buying engines too.  They also said that the problems associated with underloading diesel engines don’t apply to the newer, cleaner designs. 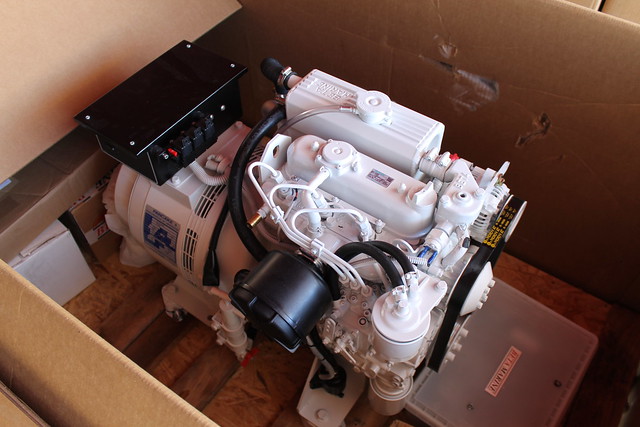 The Beta Marine distributor in NC has been great to work with.  They’ve spent literally hours on the phone with me, plus dozens of emails with photos and drawings going back and forth.  The Volvo dealers I called rarely called me back, and knew very little about the product.  Call me crazy, but I like to know what I’m buying, and I was having a hard time getting comfortable with the idea of another pair of Volvos.  When I called Phasor about their generators, the sales guy was downright rude when I asked some technical questions.
For the progress report, the generator room got two coats of paint today.  I spent much of the day rearranging and tidying up the port engine room, then it got another thorough cleaning, probably the last before it gets painted.  Tomorrow we’ll do the same for starboard, and possibly both will get a first coat.  I’d guess we’re looking at Monday to put the new engines in the boat.