The San Blas islands have been on the cruising list, or so I’m told, since before we bought the boat. They certainly do seem list-worthy, with clear blue-green water, miles of reef, picturesque palm-tree-studded islands, and friendly natives. We set out from Linton Bay Marina after about a month of stocking up and waiting for weather, and sailed east to spend a few weeks in the San Blas archipelago.

San Blas consists of hundreds of islands and islets on the eastern end of Panama’s Caribbean coast. They are quite beautiful, not hilly or mountainous like Bocas del Toro or the mainland, but flat spits of land covered in white sand and palm trees. Many of them have thatch huts, and dugout canoes, called ulus, pulled up on the beach. 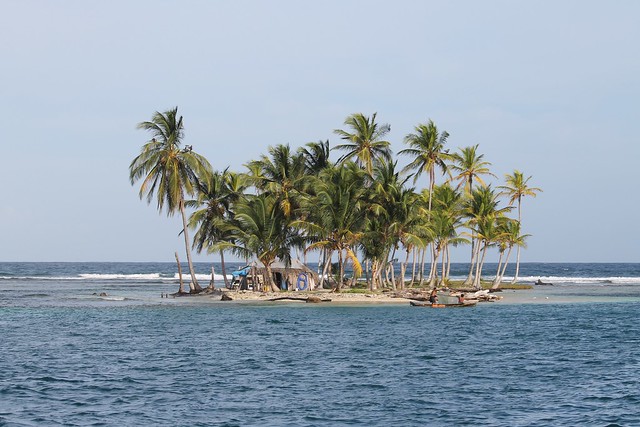 The islands are part of the Comarca de Guna Yala, a large province that covers about a quarter of Panama’s land area. They and the surrounding jungles are home to the Guna Yala, a peaceful, independently-governed indigenous people that mostly live as they have lived for centuries (minus the TVs). They are best known for their molas (intricately embroidered, quilted handicrafts), which they are-all-too happy to sell to cruisers and tourists.

For the first few days, we moved around a lot. We would anchor in one place, stay there a day or two, and go somewhere else. On our second night, while in the Hollandes Cays, we turned on the underwater light. We saw large fish circling the light, and decided to take a night swim (well, those that were brave enough). I took along the spear gun, just in case. Spearfishing in the San Blas is not strictly legal for visitors, but the prohibition is not enforced. As it turns out, the circling fish were huge schools of permit. Shooting one would be easy. That didn’t stop me from missing on the first try, but after several false starts and five minutes of unwanted reloading practice, I got one. This was only the second time I had ever shot a fish, and the first time with our gun. It was a good shot too, right through the brain. I hauled my catch up the ladder, and Dad gutted it. We put it in the icebox whole for later consumption. (We later heard there’s a resident caiman in that same island group. ) 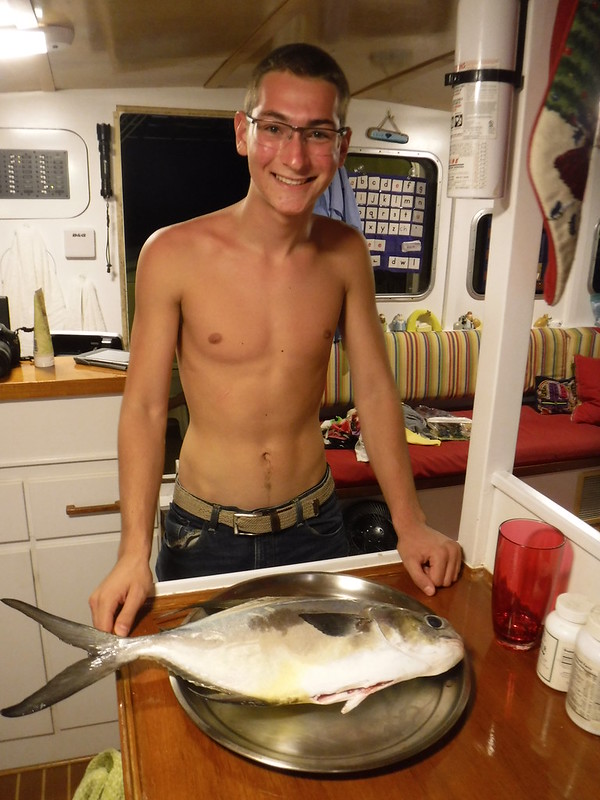 There were two major problems with an extended stay in the San Blas: internet and food. The cell service we were able to get was sketchy at best, and nonexistent at worst. Dad needs copious amounts of data for his work, and if Dad can’t work, then we can’t stay. Simple as that. We went to Cartí, one of the more populated group of islands near the mainland, where Dad bought a sim card and Mom bought some groceries. As long as we stayed within range of a cell tower, internet wasn’t such a big problem, but it remained patchy.

Food was another issue. We have vast stores of mixed grain, beans, and freeze-dried goodies and ingredients, so we didn’t starve, but luxuries such as cheese and lunch meat quickly disappeared. Mom made bread every day (which was great), and we ate a lot of peanut butter and rice-and-beans (which was not great). We received a partial re-supply when our friends on Jubilee arrived, bringing with them various rare foodstuffs, like butter and cream. Once or twice, Mom and Dad took the dinghy to a nearby town to buy food. The selections at the various “grocery stores” that we encountered were limited, apparently, to flour, onions, chicken, and eggs. On one shopping excursion, Mom returned with a chicken, which had been thoughtfully plucked, and 90 eggs. We had to remove the head and feet of the chicken, and about half of the eggs were bad. Mom was always trying to sift the weevils and their larvae out of the flour. I told her that it wouldn’t matter once it was in the bread, but she wouldn’t listen.

We stayed in the West Lemon cays for a week or so, at a place where Dad could get internet, and we could wait out the Christmas winds. We didn’t do much beyond school, chores, and the daily jump-n-swim. It was wonderfully boring. Almost every day, Gunas came up to the boat, selling molas, fish, or lobster. 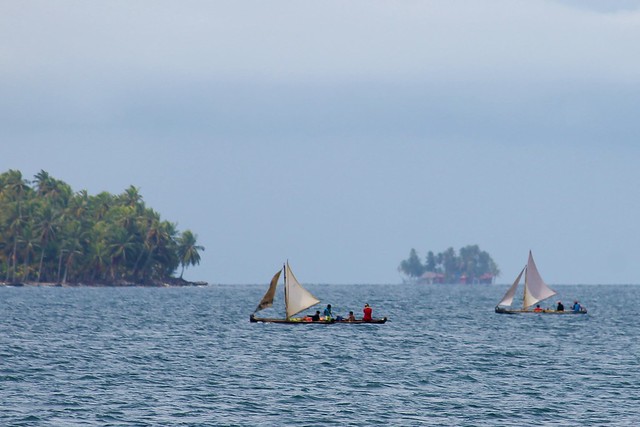 When the Christmas winds ended, we sailed around aimlessly for a while, before settling near Green Island. The swimming was much better, despite there reputedly being a crocodile in the island group. There were several good reefs nearby, with deep coral walls. On sunny afternoons, Dad and I would go out to the reef and clean out all the lionfish with a pole spear. We got 11, enough for a meal.

A week before we were to leave, we were pleasantly surprised when our friends on Nakamakula arrived and anchored ‘next door.’ We had met them in Shelter Bay, and their three small girls were ecstatic at the prospect of seeing Rachel again. We hung out with them for a few days, then headed west to get ready to sail back to Linton Bay.

The next day, we left the San Blas. After a short but miserable passage, we arrived back at Linton Bay Marina. With the A/C running and sandwich meat in the fridge, it’s hard to miss being anchored in an exotic location with no modern conveniences, but I managed it somehow. 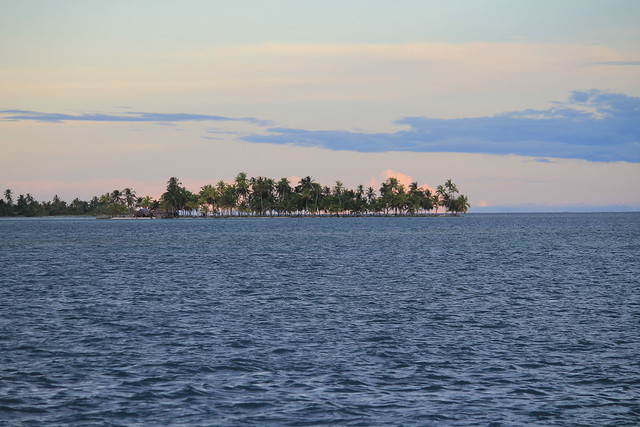